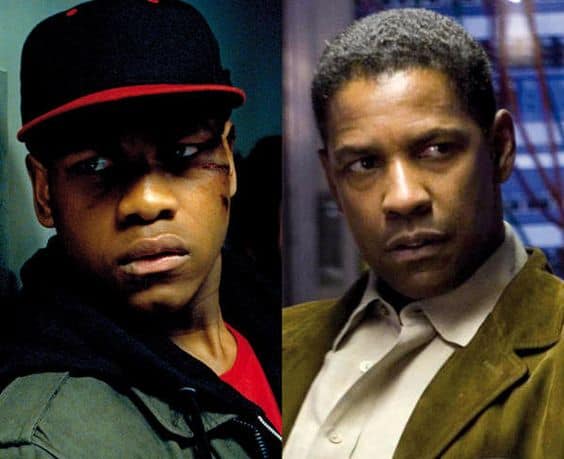 After looking at so many photos of both John Boyega and Denzel Washington it’s become mind-numbing to see anyone trying to compare these two when it comes to looks. Some folks have gone so far as to state that they look exactly alike, but then these are the kind of folks that likely get various celebrities mixed up all the time and couldn’t possibly tell one apart unless the celebrities in question insisted that they were in fact different people. Their similarities are very few really since they’re both African American, they’re both actors, and they both are able to exhibit an intensity in their acts that is fun to watch. From there on however things get very different very quickly.

For instance, John Boyega is a relative newcomer to the industry when compared to Denzel and is much different in his approach than Denzel has ever been. While he still has a lot of time to develop different characters, Boyega is far more in the moment than Denzel has been at times, at least when speaking of his manner. Denzel is almost always in the moment when he’s on screen, as though he arrives that way and leaves that way at the end of the day. But his focus is so tightly wound that he almost looks as though he’s trying to wait on those around him for his cue. In truth he’s being patient, exhibiting his skill as the veteran actor that he is in order to make the movie flow that much better. Boyega is a good actor, but he’s on his toes when it comes to his parts more often than Denzel at this moment in his career. There was a time when Denzel was just like this, he seemed poised and ready to jump off at any moment and steal the show. But through the many years he’s been in this business Denzel has learned how to be patient, how to time things just right, and how to be one of the best personalities on the scene. Boyega is good, but he’s still learning how to put it all together when it comes to his roles.

Now to their looks, which is kind of hard to understand when people say they look alike. Boyega’s features are much broader, he’s got a better build on him either because he’s young or he simply stays in shape as a rule, and he even has that fresh, ‘still getting the hang of things’ look that makes him stand out among many of his peers. Denzel’s features aren’t quite as broad and he doesn’t have that fire in his eyes that Boyega does. He’s got intensity and he’s got poise, but he no longer has that burgeoning youth that anyone can see in Boyega’s intense stare when he’s on screen. Denzel is really more of the seasoned veteran and it shows more often than not.

Comparing these two in terms of being similar is kind of silly to be honest since they’re two very different individuals. They both have that special spark that makes them popular and cultivates the idea that they’re worth watching, but their differences are far more numerous than their similarities.