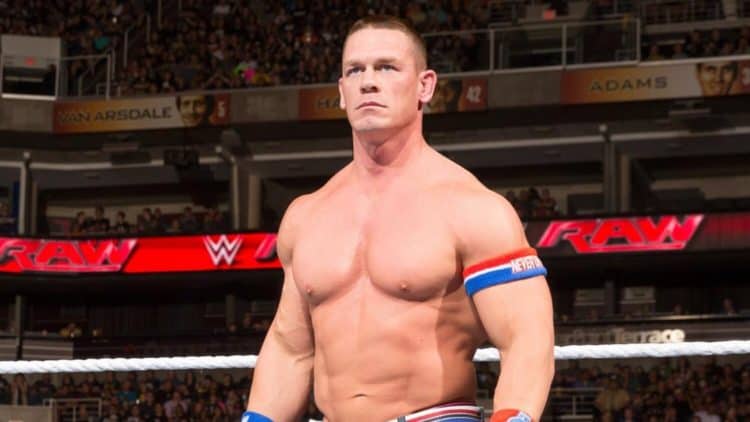 On one hand, the fact that John Cena is moving up in the world and is going to produce a series AND narrate it is kind of cool, especially since it’s focusing on something he knows plenty about, the WWE and the heels that have come and gone over the years. The only thing about this is that the WWE has seen heels turn into faces and vice versa, so perhaps Cena will be going into this aspect of the business as well when talking about the villains of WWE, or maybe he’ll be focusing on something that we’re not quite seeing yet. Making the assumption that he’ll be talking about the heels, John might want to include himself in the mix at some point since he’s turned heel at some point as well, and in fact, that’s kind of how he came into the ring to start with when he unleashed his “ruthless aggression”. But there have been a number of different characters that have come to the ring that have been more than a little wicked, and some of them have been popular for decades while some have come and gone in a very short time by comparison. When we’re talking about heels though there are a lot of wrestlers that can be placed in this category since it’s something that happens from time to time when a wrestler’s current gimmick isn’t working or if it’s simply deemed as a good move for the company.  Real evil, the truly diabolical minds that have come through the WWE, are those that have endured for quite a while and could be called evil in a big way. Obviously the funny part about this is that most of those in the ring aren’t even close to being like the persona they take on. But when the bell rings they’re all business, and it shows.

Two of the evilest characters over the years, no matter how much they’ve been loved, are Kane and the Undertaker, since to be certain, the Undertaker came in like a thunderstorm and put the older wrestler at that time on notice as he tore through the ranks and made sure that people knew he was one of the hardest workers around. His gimmick grew extremely dark when the Ministry of Darkness was formed since this was a period of time when his character went undeniably evil. Kane was like watching a flaming train wreck in slow motion at times since he came in and did something that few if any had done before his time, and that was to dominate the Undertaker in a definitive way. Their storyline made it kind of obvious why the Undertaker was so unsettled around him and allowed the narrative to grow even stronger. As of now a lot of people have seen past the curtain and know the story, but back in the day, these two were among the most diabolical in the business. There were plenty of others, such as Gangrel, who ended up being kind of a joke, the Boogeyman, who went the same route, and several other names that kind of came and went, like Papa Shango, Kevin Sullivan, and many others. But if we’re talking about evil then we need to think about other characters as well since there have been a few in the business that people have loathed because they went so bad.

Randy Orton, Ric Flair, Triple H, even Vince McMahon should probably make this list since there have been some truly evil acts that have been committed on screen, all scripted but all acts that would be seen as entirely malicious in real life. As much as this is a show and isn’t real, the writers for the show have still come up with a few angles and stories that have allowed the wrestlers to go all out and become disturbing in their manner, as Bray Wyatt eventually went further and turned into The Fiend, and his followers, Rowan, Braun Strowman, and the late Luke Harper also providing a bit of madness to the act that made them so popular. Seth Rollins is another name that could possibly be put on the list since he’s the guy that betrayed his teammates and sided with Triple H. One might even wonder if Stephanie McMahon might be able to make the list since she’s done a few disturbing things on the show as well. But in terms of evil characters, there are a lot to pick from since even faces have turned into evil heels more than once over the course of the WWE’s long history. John Cena has his hands full with this one, but something indicates that he’s taking on a project that he’ll be able to excel at, if only because he’s been there long enough to have seen people come and people go.