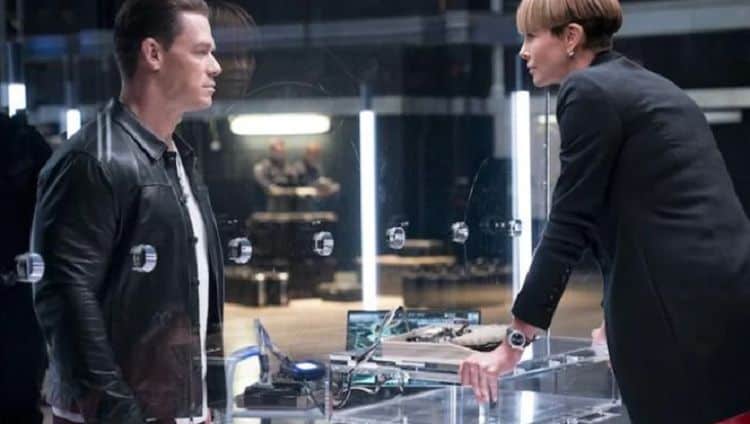 There are bound to be a few people that bristle at such a claim since John Cena is a newcomer to the Fast and Furious franchise and to step in and announce yourself as the ‘greatest villain’ in the history of the franchise takes more than a huge dose of chutzpah, it takes looking back at the movies that have come before to see just how likely it might be. The list of villains that the crew has had to deal with over the course of eight movies, more if one counts the other movies that have come along and haven’t included the original cast, has been filled with psychopaths and sadists, as well as highly-trained operatives and individuals that have no problem killing anyone that happens to cross their path. Cipher, the Shaw brothers, and even Dom would be among the worst enemies that the crew has ever faced, but with Jakob, the danger level appears to be dialed up to a new level since he’s not just a master thief, assassin, and performance driver, he’s Dom’s younger brother, and he hates Dom with a passion that will hopefully be better explained in the movie. But even with that going for him, which is a lot, Jakob is working with Cipher apparently, and that alone would make him dangerous enough since Cipher has access to so many different tools that she can use in a number of inventive and destructive ways.

But this bold claim that Cena has about being the greatest villain isn’t one that is bound to be taken lightly by the fans since looking at the villain’s list it’s easy to cross several names off simply because they’re dead, they don’t aspire to the worldwide terror that Cipher wants, and in the case of the Shaw’s, they’ve had enough of Cipher and are bound and determined to do their own thing. As of right now, Cipher is the most dangerous villain in the Fast and Furious franchise that’s not related to the crew in any way, since she has the ability to access pretty much anything she needs and isn’t bound by anything it would appear, and definitely doesn’t have a sentimental bone in her body since she was angry about Rhodes being killed but didn’t look too disturbed. In fact, she was more upset about losing the submarine than she was her henchman, which tells us a lot about Cipher, namely that she’s a cold individual that doesn’t do human feeling unless it’s anger over being thwarted by people she didn’t figure were smarter than she was. The hubris that Cipher possesses is one of her biggest blindspots since it’s bound to blind her far too often, and it almost feels as though it might be blinding her with Jakob. Don’t ask why, there’s no verifiable reason yet, it’s just a feeling.

But in terms of Jakob hating his brother and having no compunction about harming the rest of the team, that’s a huge problem since it makes things a lot tougher for Dom, who might actually want to see his brother redeemed and won’t stop until he does. But it already appears that Dom isn’t going to back down from a fight with his young brother, especially since Jakob is making it clear that he’s going to be a major problem for his brother. Taking the title of ‘greatest villain’ away from Cipher still isn’t going to be an easy thing to do since Cena is a newcomer and Charlize Theron has at least one movie under her belt, and she performed well enough that it wasn’t too surprising to think that she would be headed back. What’s easy to wonder though is whether we’ll see Mr. Nobody this time around, or his protege. It would be kind of interesting to see Scott Eastwood take another turn in the Fast and Furious franchise to see if he could become someone that the crew might come to trust. But even if it doesn’t end up happening this installment is still going to be a little divisive since like it or not, the sudden emergence of a brother that no one has known about for years is a little too much like a soap opera, which Cena can relate to since he’s spent enough time in the WWE to know the feeling. It might turn out to be a great action movie, but as anyone should be able to guess, the expectations on F9 are extremely high at this point and if they don’t meet what people are hoping for, it’s bound to happen that John Cena’s words might fall on deaf ears as people start wondering if the Fast and Furious movies are going to turn around before they’re over and done with.