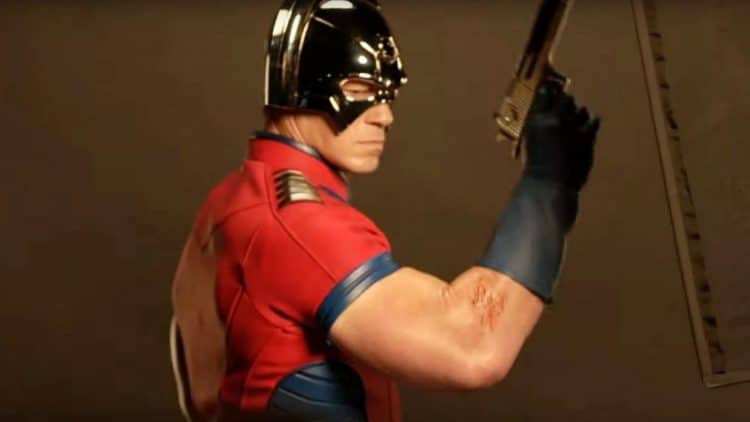 Did anyone see this coming? It’s true that the case for Peacemaker, a rather troubling ‘hero’ type that wants peace but will seek it at any price, has been argued for in the recent past, but it wan’t really thought that anything would come of it since his inclusion into the Suicide Squad was thought to be kind of like Slipknot from the initial movie, a there and gone kind of character that might have been good for a short run but not anything that could have been called permanent. But for one reason or another the idea to give this character his own show is being pushed and he’ll be appearing on the small screen at some point, though no one knows just when that will happen as of yet since the Suicide Squad movie won’t be seen until 2021. Even more exciting than the show being made is that John Cena, the actor/wrestler tapped to fill out the character in the movie, will be taking on the role again, a fact that should excite the fans in a big way. How well the character will be represented is anyone’s guess since Cena has almost always played the hero when he’s been on the small or big screen, but it could be that he’ll take to this character fairly well given that he was a heel at one point on the WWE and he played it well. As one of the faces of the company for so long though it is interesting to think of what he’ll be like as a villain, since Peacemaker, despite being a hero in his own mind, is still someone that sounds far more like the Punisher from Marvel, a character that wants peace badly enough to kill for it. Okay, maybe not quite like the Punisher, but not too different either.

A big hope that’s still in play at this time is that the continuing thrust of the superhero genre won’t wear out its welcome at some point since between DC and Marvel and anyone else that’s tried to throw their hat into the ring it feels as though the movies and the TV shows have been dominated in recent years by such ideas. While the goal has been to try to make them as diverse and as interesting as possible there have been several failures along with the successes that have come, some that were a shock to the viewers and others that weren’t so surprising. Peacemaker is definitely a surprise in the making, but perhaps the show will give a little more clarity to the character than the movie will, since if anyone’s keeping track, the last Suicide Squad didn’t do a whole lot of intro on the characters and for those that aren’t huge comic book fans it’s a little more important to get some much-needed clarity when it comes to figuring out each individual and their place in the movie.

This upcoming Suicide Squad looks to be full of characters, even more so than the original, and it’s a good bet that a number of them might die before the closing credits since the actors have already hinted at the idea that a lot of them won’t be surviving to the end. At this point, it’s easy to wonder just who will be taken out and who will be left standing by the end, since the only one that feels guaranteed is Harley Quinn, given that she’s such a fan favorite and isn’t about to be killed without a lot of people flooding the internet with hate mail and protests over a fictional character whose number could possibly be up one day. One can almost bet that the next movie is going to be a bit crazy and over the top since introducing so many characters means that at least a few of them are going to be exiting the movie fairly quickly compared to the rest, while others might go out in a nobler or dumber fashion than their companions. Right now the point is that DC is throwing in a bunch of characters that some people know next to nothing about and is likely going to eliminate them from the board just to make certain that they were there. Peacemaker does sound as though he might make it through the movie unless John Cena will be coming back to create an origin story for the character that will allow people to get to know him a little better. If that’s the case then the idea that no one in the Suicide Squad movie is safe is bound to be pretty accurate since it’s already sounding like mayhem in a bottle. As of now, there’s not a lot of information on the show and when it will air, but it will be coming eventually, that much is certain.