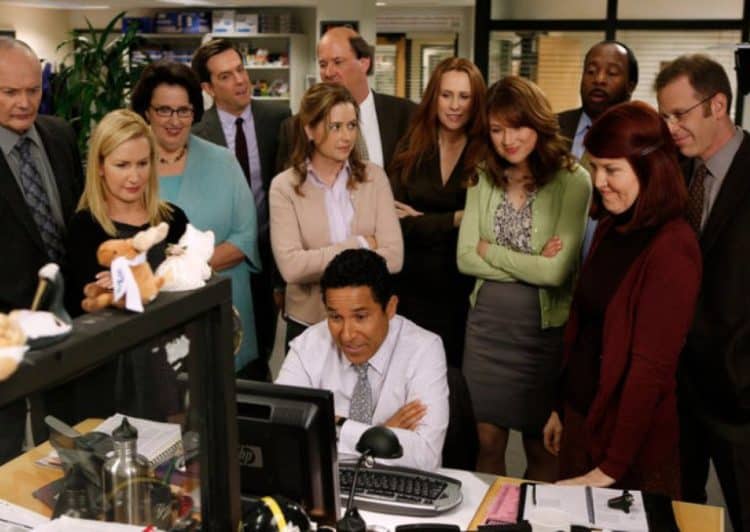 As a one-off this could work since getting the crew back together, if it was possible, would be a nice way to see what they’ve all done at this point and where they’ve ended up. But as a series The Office should be left alone since it did end on a good note and the cast would have been going in different directions it feels like. But if a reunion show ever did happen the John Krasinski wants in and he might not be the only one. There are a lot of folks that are divided in their opinion on Jim Halpert, Krasinski’s character, especially when it comes to the way he acted around certain characters. But then there are a lot of opinions about many of the characters when it comes to The Office given the fact that very few of them were perfect and everyone had a few flaws to point out. But while Jim was likely one of the more problematic individuals, he was also one of the most fun considering that he kind of epitomized the feeling that a lot of people have when working in an office space. John actually this to say as per Ryan Scott of TVWeb:

“The Office was absolutely everything to me. I mean it is my beginning and my end. I’m pretty sure at the end of my career I’ll still be known for Jim. That was my first experience with Hollywood. It was the first creative family I’ve ever had. In many ways, they will always be the most important people in that most important experience in my career. So yeah, if they did a reunion, I would absolutely love to do it.”

Whether or not the rest of the cast could make their way back, or if they’d want to, is kind of hard to say since so many of them have moved off in different directions and taken on other responsibilities that might keep this reunion from taking place. That would be a loss for the fans really since just one reunion show would be kind of interesting, not to mention funny since the cast managed to come together in a way that resembled a dysfunctional family of sorts that worked somehow in the grand scheme of things. Every last person in The Office had their own set of issues to deal with did so in a number of ways that the fans enjoyed since some of it felt pretty realistic and easy to relate to, while other stuff was as ridiculous as it could be while keeping to the idea of keeping the show grounded and easy to follow. As a sitcom the show was one that managed to bring a lot of entertainment to those that were willing to watch for years, and even seven years after it’s been off the air people are still willing to see at least one more hurrah for old times’ sake.

Krasinski hasn’t been idle in all that time obviously as he’s taken on other roles throughout the years, not the least of which has been his part in creating and starring in A Quiet Place. He’s promoting the sequel as of now, but he’s also taken on other roles since The Office that may or may not have been possible had he not been so well-liked and revered in the popular show. Apart from playing the part of Jack Ryan he’s also done a couple of voice roles since his time on the show and even had a couple of other roles in various movies throughout the years. It’s easy to think that had he not been recognized as Jim in The Office for so long that he might have been seen as kind of a surprise once he really started showing up in Hollywood, even though he’s been around for a while. His words that he’ll be known as Jim until the end of his career might be accurate, but this is more of a mark of how great he really was when one come to think of it. In fact each character in The Office, those that were thrust into the forefront at least, were counted as some of the best in the show.

Would it be possible to get every cast member back? Probably not, but it’d be worth it to try just to see who would answer the call and who would make it back. In essence it would be great to see the biggest names and those that were able to be remembered by so many fans, but again, it’s not entirely likely since there are a lot of people that might have prior engagements or just don’t want to come back. After all, The Office ended on a good note, bringing it back might just be a mistake, even for a one-off. It’d still be interesting to see though.