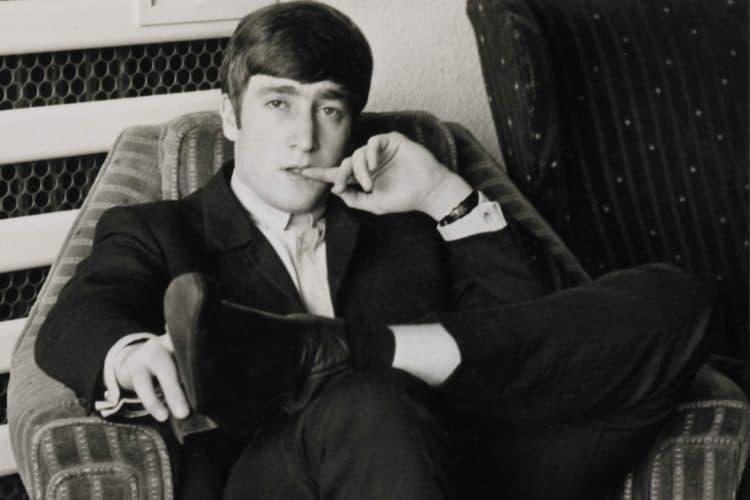 The game was a low scoring affair between two mediocre teams. It was an unmemorable contest but anyone who watched it on television would never forget it. There is one reason why people remember the Monday Night Football game from December 8, 1980 and it’s not because the Dolphins beat the Patriots in overtime. This game lives in infamy due to a newsflash that was read during the fourth quarter. With three seconds left in regulation, legendary sportscaster Howard Cosell steadied his breath and prepared his immense audience with these words, “Remember, this is just a football game. No matter who wins or loses”. He then proceeded to shock the world: “An unspeakable tragedy confirmed to us by ABC News in New York City. John Lennon, outside of his apartment building on the West Side of New York City, the most famous, perhaps of all of the Beatles, shot twice in the back, rushed to Roosevelt Hospital, dead on arrival”.

John Lennon was forty years old when he was killed forty years ago today. He was murdered by an obsessive fan named Mark David Chapman on a New York City sidewalk in front of his wife Yoko Ono. In the forty years since his death, his music, words and works as an activist continue to comfort, reassure and inspire.

He was a casualty of his celebrity but John Lennon cannot be amalgamated as another rock star tragedy. No, heartbreaking would more accurately characterize his passing. Lennon’s tale is not one that ended in the midst of excess or due to self abuse. He did not commit suicide or die from reckless behavior. Lennon was targeted because of his unbelievable talents and attributes as a human being; the same talents and attributes that gave joy to so many.

There is not much that can be said about John Lennon that has not already been either confessed or professed. I do not think I can add anything to his life story. I only know Lennon through his music, but I was able to absorb him through his death. On a June afternoon in 2002, I stood in the shadow of The Dakota. As I made my way to the exact location where Lennon was assassinated, I felt a tense burden. The only way I can explain the place of his death is that is exudes a very heavy energy. The first emotion that rushed into my head was sorrow. Sorrow for the pain that occurred there and sorrow for what was lost there. I then began to feel something different. In this place of terrible grief and despair, I was suddenly filled with hope. Later in his life, Lennon was adamant about his absolute hope for the future and if only for an instant, I believe that I shared that overwhelming sentiment on the spot of a horrifying act.

The legend of John Lennon is sentient sentiment. It possesses everlasting appeal. It is hard to believe he has been gone for forty years. To many, I’m sure that Monday Night Football newsflash feels as if it was delivered yesterday. Hopefully his legendary life will not be defined by his devastating end. Lennon’s legend will always endure because good music will never go out of style and his was better than most. However, a man of his eternal hope for the future will always be missed. But what is most heartbreaking is that he hadn’t yet begun to approach his potential as an artist or a man. Personally, when I think of John Lennon, I don’t think of a devastating end, I picture endless possibilities.
Hope is yours … If you want it.