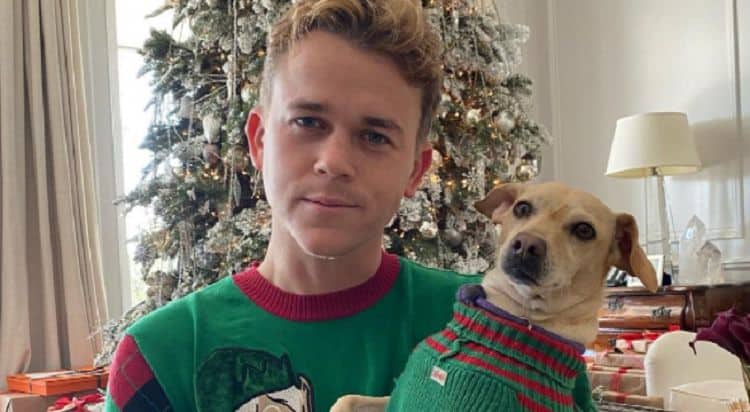 If the name John Owen Lowe means little to you, perhaps the name Rob Lowe is more recognizable. John Owen Lowe is the son of the famous actor. He is making headlines lately because he is collaborating with his father on a new project, and everyone is excited about it. As they team up with one another, as well as with Rob Lowe’s own brother, the world is looking to learn as much as they can about the son of one of Hollywood’s biggest heartthrobs, and we have everything you could ever want to know right here.

John Owen is still young. He was born sometime in 1995, which means he is around 26 right now. We don’t know his precise date of birth, but we do know that he is the younger brother in the family. He has an older brother born in 1993 whose name is Matthew Edward.

John Owen Lowe knew he was going to receive a good education when he finished high school. He was accepted into Stanford University where he earned his degree in science technology. He’s also written scripts, and he’s done some work in acting.

The world was shocked in early 2020 when the youngest son of actor Rob Lowe announced to the world that he was seeking help for his addiction in rehab. He began working on his sobriety and was nearly two years into his sobriety when he made the decision to share his struggles with the world. His own father famously went through the same situation when he was younger, and he managed to get clean and has been for more than three decades at this point.

4. He Wants to be An Example

When he made the announcement to the world that he was sober two years after seeking help for his addiction, he also told the world he wants to be an example. “Making the decision o change your life is difficult at any age, but as a young person I hope that I can be a small example that it is possible and that things really do get SO MUCH BETTER,” he posted on his social media pages.

When his dad celebrated his birthday on March 17, 2021, John Owen Lowe posted a great photo of John Stamos shirtless on the beach – a throwback of sorts – and said “happy birthday pops. Here’s to more adventures together. Love ya,” and it was hilarious. His dad commented on the photo with a simple, “My favorite photo,” and we all love it.

6. He’s Into Working Out

7. He is a Great Role Model

As he continues to open up about his sobriety (three years as of early 2021), he also opens up to the people who follow him on social media to encourage them to take the step, to make the change, and to be the change that they need in their own lives. He shows his progress and how he’s changed so much since he made the change in his own life, and it is nothing short of absolutely inspirational.

John Owen Lowe is a very taken young man. He has been dating his love for over a year now. Her name is Olivia Rodriguez. She is a model with Elite Models, and she is adorable. The two prefer to keep their relationship as private as possible, which means that they rarely share much about one another on social media. However, every so often they might share a photo.

9. He is Very Close to His Mom

He’s close to his entire family, but he is especially close to his mother. She is the woman who holds their family together and keeps them moving on in a strong manner. She does what she loves, which is taking care of her husband and kids, but she also finds time for her own passions and her own career.

He’s got a dog, and it seems that his little dog is his best friend. He shares a lot of photos of his dog, with his dog, and talking about his dog. We get the overwhelming feeling that he might just love this dog more than just about anything, and we are huge fans.