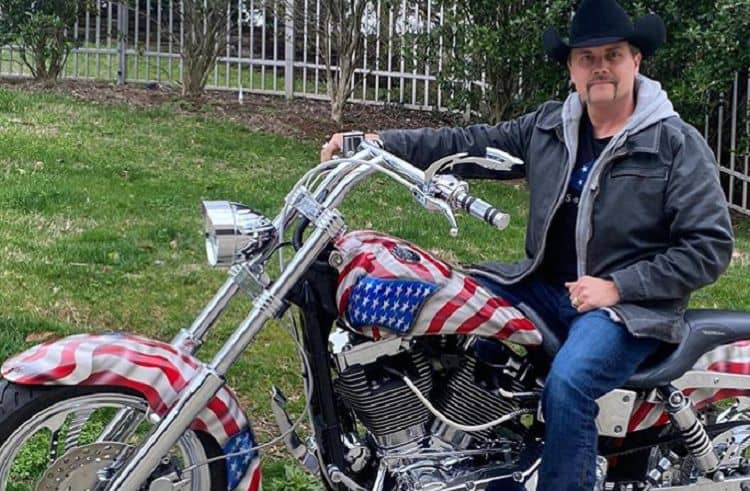 Today’s country music is far different in many ways than it used to be ten, fifteen, or twenty years ago. Compared to other genres, the shift has been slow, but it has been consistent, and it’s not just the sound we’re referring to. Everything from the lyrics to the attitudes and appearances of the performers have undergone something of a modernization of sorts; it has simply taken its sweet time in getting here…or so it seems. NPR refers to country and western music as a ‘genre where innovation tugs against preservation, and the path to success often passes through conservative terrestrial radio’. Perhaps that’s the reason that the evolution of country has dragged the heels of its gator skin boots.

But when we compare country to the country of, say, even 1990 or 1995, the differences in it are somewhat astounding, and when we look at the artist of today compared to those of yesteryear, well, what we see can be somewhat astounding, if not cardiac arrest-inducing, for fans of old. Today’s country stars are much looser, and the things they sing about are far more modern that in the times when lyrics sobbed over lost wives, pickup trucks, and fishing in the hole.

John Rich is one of the more modern artists, one who has managed to make the big bucks singing about the big bucks, and has used the glitz and glamour of being an entertainer do the talking for him. He first truly came into fame as half of the popular country duo ‘Big and Rich’, a somewhat flamboyant and in-your-face country duo who fawned over half-naked women and jammed to tunes about the almighty dollar. This was a far cry from the songs that featured long-haired, weather-worn cowboy and cowgirl country stars who cried in their beer over a cheating spouse. But it worked, and in many ways it helped to move the genre forward into modern times even more, though many would be vexed to say that it was a move ‘forward’.

Today, the 45-year-old Rich is still making music with Big, and they are still keeping up with the times, but there are still those who aren’t as into country as others. They’ve heard his name, thanks to the fact that it was intentional made hard to miss by ingenious marketing, but they have no idea who the men are behind it, particularly the one who seems to be the more reserved member. Yes, Rich seems to be a content to let Rich take the reins most of the time. So, rather than let him fade into the wallpaper, we are going to get to know him better. The list below will help us do it, so sit back and relax and get a load of one-half of modern countries most popular music making teams, John Rich.

Here are 10 things you didn’t know about John Rich:

John Rich was born January 7, 1974 in Amarillo, Texas; he is 45. He is the son of Jim, who was a Baptist preacher, and his homemaker mother, Judy. It is unclear whether or not he has any siblings. John attended Dickson County Senior High School in Dickson, Tennessee and graduated successfully before opting out of attending college to move to Nashville. Once in Nashville he took employment as a vocalist at Opryland, USA, though his initial goal was to be a professional team roper in the rodeo.

Big & Rich was not John’s first band. After he began working at Opryland, USA he met up with members of a band called Texasee, and he joined up with them as a bass guitarist, and he performed vocals for half of the songs they did. A short time later the band changed its name to Lonestar. The band was together from 1992 to 1998, and they recorded songs like ‘Say When’ and ‘Come Crying to Me’, both of which were co-written by Rich, with the latter reaching the number one spot on the charts in 1998. Rich did the vocals on their hit ‘Heartbreak Every Day’. He left Lonestar in 1998 to pursue a solo career.

Rich signed with BNA Records at the onset of his solo venture, which had been the label Lonestar had been under. Two singles that he recorded with them made the charts, and he also recorded a full album while under their contract, but the album was not released until 2006. In 2001 Rich recorded an album that was self-released entitled ‘Rescue Me’. That album was made after Rich happened to meet a cancer patient named Katie Darnell, and the songs on it were inspired by her and that meeting. At the time that he recorded and released ‘Rescue Me’ Rich was no longer with BNA Records.

Sometimes referred to as ‘America’s Technicolor Cowboys,’ Big & Rich joined musical forces in 2002 and signed with Warner Bros. Records. The pair made three albums for that label, including ‘Horse of a Different Color’, ‘Coming To Your City’, and ‘Between Raising Hell and Amazing Grace’. They are likely best known for their hit song ‘Save a Horse (Ride a Cowboy)’, but they had a total of ten singles released off those three albums. The song ‘Lost In This Moment’ went to number one for them. John Rich co-wrote all of the songs they have recorded, mostly with Big Kenny at his side, though there have been other songwriters that have worked with him. They also released a fourth studio album in 2012.

Besides Lonestar and Big Kenny, John has worked with many other country music stars, musicians, and writers. Among his collaborators are Gretchen Wilson, Jewel, John Anderson, and Keith Anderson. He has also written several number one hits that were recorded by other artists, like Gretchen Wilson’s ‘Redneck Woman’, ‘Why’ by Jason Aldean, and Faith Hill’s ‘Mississippi Girl’, just to name a few. Taylor Swift has also recorded a song of his, as has Marie Osmond (the duet ‘Love This Tough’, which she recorded with Rich). Surprisingly, John recorded with the metal band Black Label Society once; they recorded ‘Darkest Days’ in 2011. He also recorded another solo album, this time with Warner Bros., in 2009. It was entitled ‘Son of a Preacher Man’, and featured the singles ‘Another You’, ‘Shuttin’ Detroit Down’, and ‘The Good Lord and the Man’.

John is also known by fans for hosting the CMT reality show ‘Gone Country. The show features different celebrities from various aspects of show business, and they must both write and perform an original country song, competing with other celebrities to be judged the best. The winner of the competition is awarded the prize of recording their single and having it produced by Rich himself.

As far as relationships go, no real ‘history’ is given for rich. He has been married to his wife Joan since December of 2008, and together the pair has three sons, Cash, 9, eight-year-old Colt Daniel, and Luca James, who was born in April of 2014. The family lives in a huge, over-the-top mansion in Nashville, Tennessee.

John has a lot of irons in the fire. Between being a recording artist, songwriter, producer, and television personality, he has an estimated net worth of $9 million, a figure that was estimated this year. This amount will undoubtedly rise in the years to come due to his continued professional projects.

John has been honored with many nominations and awards over the course of his long career. He received the ASCAP Songwriter/Artist of the Year award in 2005, 2006, and 2007, and was the first artist to ever do so for three consecutive years. He was also nominated for Grammy’s Best Country Song in 2005 and 2006, the Academy of Country Music’s (ACMA) Song of the Year award in 2007 and 2008, the AMCA award for best single in 2005 and 2008, the AMCA for best album in 2005, the Country Music Association (CMA) award for best song in 2004, 2005, and 2007, and the AMC award for best vocal performance in 2006 and 2007. He has also received 9 different nominations for the videos he has put out and produced.

Rich also holds an active interest in politics, and even penned and recorded a song for John McCain entitled ‘Raisin’ McCain’. As far as his noted activities in activism, in 2009 he endorsed Doug Hoffman, a congressional candidate for the Conservative Party, and in 2010 he backed Tennessee gubernatorial hopeful Zach Wamp. He also hosted a variety of parties at his Tennessee mansion for Wamp during his campaign.

What a long and lucrative career John Rich has had. Without admitting anything, much of this information surprised me, and I happen to be fairly educated when it comes to music. Well, he has his fingers in many professional pies, so to speak, and it looks as if he has experienced a level of success in most all of them. It is our hope that this success continues for this man, and for the best when it comes to his family. We would be willing to bet that there will be much more coming from Rich in the future, so everybody should keep their ears, and eyes, wide open. Good luck to him in the year to come.