Home
Entertainment
Johnny Depp vs. Amber Heard: Who Do You Believe?
Prev Article Next Article 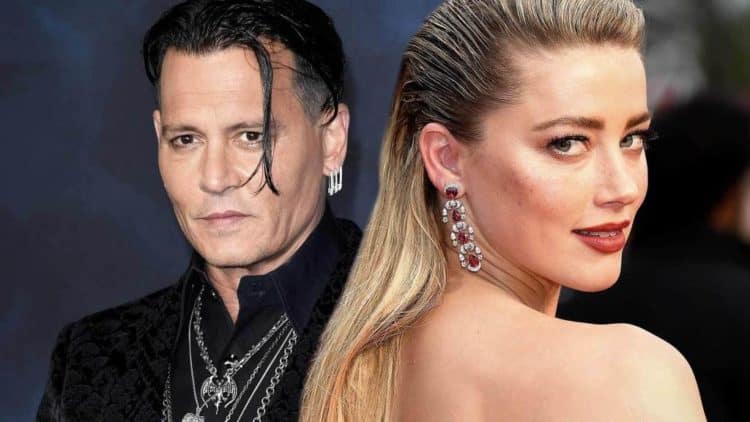 Who do you believe? Many people might not like to hear this but it’s very true that we live in a society that, at this time, will tend to believe women over men when it comes to domestic abuse cases such as the one that took place between Johnny Depp and Amber Heard. Simply denying any and all wrongdoing on Depp’s part seems like a foolish and dangerous thing to do, though simply believing Heard’s account might be just as foolish since without hard, solid facts that can be given by one or the other individual there is a lot of hearsay that doesn’t help either party. While Depp has, according to Keiran Southern writing for Yahoo! News reports Depp has accused Heard of defamation while claiming that many of her bruises were painted on during their time in court as she didn’t have them in the days following.

That this is a mess that’s hard to untangle is an understatement since both sides are so willing to combat one another in court and bring forth their own evidence that proves their own words and yet openly contradicts the words of the other. According to Depp, Heard was violent after mixing drugs and alcohol, while according to Heard, Deep was violent after drinking too much. He would drag her around by the hair, she would throw things at him, and so on and so forth. But while she apparently lost jobs because of the domestic violence dispute, Depp kept on working and getting one role after another after maybe a minor hiccup here and there in his career. At this point you can very much see why Heard would be believed since like so many occurrences in the past several years the man, who is said to be the aggressor, gets to come of better than the woman who decided to cast the blame. Is that right? Of course not, but neither is how this situation was handled in the first place.

Whether this has all been blown out of proportion by the media (which is common), or it’s actually the powder keg that it’s being made out to be, the one thing that anyone knows is that it’s hard to pick a side. For some it’s not difficult at all, they either stay loyal to Depp or they support Heard due in part to their gender and because they happen to like one or the other better. In truth they’re both great actors and they have a lot to offer the audience. But by making such hateful and hurtful claims about one another, even if they are true, they’ve made what should have been a private matter into something that’s been blown way off the hinges and thus allowed the world to have an unimpeded view of, something. What it is remains hard to figure out since it’s like walking in on the aftermath of a particularly nasty street fight and asking who started it and why. Each party is going to give their reasoning and explain the reasons they had for getting into this kind of a mess with the other person, but rarely will you get the whole story and nothing more.

Danielle and Andy Mayoras of Forbes have a few different ideas on this matter that make a lot of sense, but more in Depp’s favor than Heard’s. Quite honestly it doesn’t sound like Depp is trying to silence his ex by seeking a defamation suit to the tune of $50 million, it sounds more like he’s trying to save his reputation by bringing up factual evidence in the form of sworn police officers that have testified to not seeing the kind of damage or evidence of abuse that Heard is claiming, as well as surveillance camera footage that also works against her. In her defense Amber has brought friends that Depp says are dependent on her, which is less than convincing really for a defense, and the bruises and other marks that he left on her that somehow didn’t appear days later according to Depp. In other words, her claims don’t seem to have the same punch they might have possessed when their divorce started, largely because some of her story seems a bit fabricated. Depp likely isn’t the perfect man, but calling someone an abuser when it’s not the ironclad truth is a serious accusation that many wouldn’t gladly take without a response. The idea of believing a woman who says she’s abused is a tricky situation since on the one hand we as a society don’t want to condone abuse or violence towards anyone, women in particular it would seem, but on the other hand believing everyone, even those that are lying, sets a dangerous precedent that could paint almost any man as an abuser if a woman decides that they have a score to settle or an ax to grind.