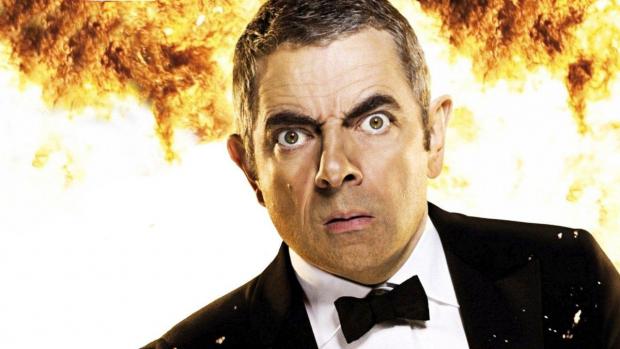 Johnny English is coming back. Why? More money, more exposure, more, um, well, more hilarity maybe? To be quite honest I don’t know why Johnny English is coming back. It’s almost like trying to reuse a dried, crusted old washcloth that’s been left and forgotten in the corner for a number of years. You might be able to do something with it but chances are that it’s not nearly as good as it used to be. Years of being left alone, disused, and without a purpose have left it as little more than a faded remnant of what it once was.

No, I’m not talking solely about Rowan Atkinson. He’s a funny guy and has made a name for himself by being one of the most hilarious actors to ever come out of England. But the Johnny English shtick kind of got old when he tried the second film and just about fell on his face. It’s very true that the international numbers remained largely the same, but in America the film only did a fraction as well as the first. There are a few reasons why, and here they are.

The average spy film has been evolving for years now.

In the last fourteen years the spy film has not been idle in adapting to new technology or new plot lines. Bond and every other spy in films has been keeping up with world issues, politics, and the mess that is typically made by the two. Spoof films about spies might still be popular but they need to evolve just as much. If Atkinson does the same thing over and over it’s bound to get old just like it did with Johnny English: Reborn. At the moment people want to see serious spy films in which people are not over the top goofy or affable in any way. The spy film genre has also evolved to include women in a much stronger role than the temptress or seductive distraction that is only deadly when the hero is unaware. If Johnny English is going to thrive in this new era he’s going to have to get a little darker and a lot harder with his comedic style. The feelgood movie about a goofy, accident-prone spy is not quite what people want any longer.

Dishing out the same type of film only works with certain genres. Even then it’s not a guaranteed hit.

Bond has been a known name for many years and thus has been a reliable sell to Hollywood when it comes time to make another movie. Johnny English is known as well, but the veracity of the film is not as marketable for more than one or two films. Unless he’s going to come out with guns blazing and a new type of plot that will stun and amaze audiences it will unfortunately be far more likely to get ignored than celebrated. Audiences around the world continually want something new, edgy, and innovative in a way that might be something they’ve seen, but will still offer them at least something of an intellectual challenge that they need to decipher. Johnny English has never really had that quality, and unless this next film incorporates that characteristic then it’s safe to say that it will be just more of the same.

No one’s saying it will bomb, we’re just saying that we’ll pass.