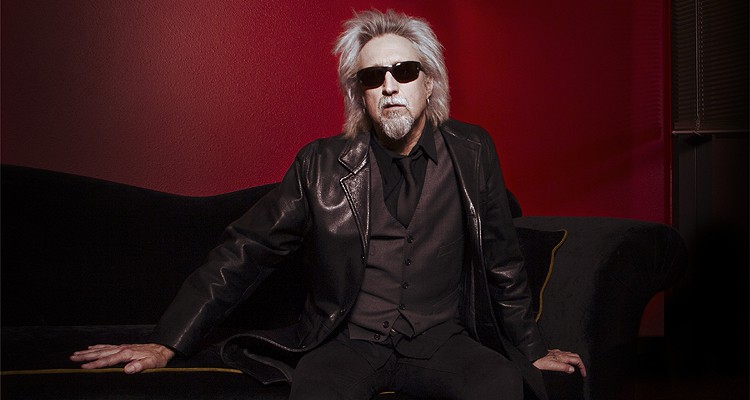 Singer/songwriter Johnny Indovina has crafted a long, storied career with his thought-provoking work as both a solo artist and with his band Human Drama. Through years of sold-out live performances and critically acclaimed albums, Indovina’s insightful songs about the frailties of the human condition have consistently found a receptive audience and a constantly renewing fan base. Indovina has led Human Drama since its formation in 1980 as The Models in New Orleans. They relocated in 1985 and soon scaled the heights of the fertile Los Angeles club scene. Their powerful live shows, fueled by Indovina’s poetic imagery, have continued to build a huge, fiercely loyal following to this day.

Learn more about Johnny below:

1. He Played Sports In School

As a youngster, Johnny played every sport through his high school years and even tried out for the University of New Orleans Basketball (Spoiler alert / Umm… he didn’t make it).

He has an unwavering, devoted New Orleans Saints and Cleveland Indians fan since the age of 10. His devotion has never wavered.

3. He Worked As A Disc Jockey

He worked as a disc jockey on three Louisiana radio stations from 1976-1980. Beginning at KAGY, a country music station in Port Sulphur Louisiana, which is where he fell in love with Emmylou Harris, Willie Nelson, Merle Haggard, Glen Campbell, George Jones, and many others that he still listens to today. Johnny’s on-air persona at KAGY was “Johnny Jay, your afternoon delight,” and while there, he also created a fictional weatherman named “Slick Terrain,” who is known just as well today as he was then – which is, not at all. Also, Johnny takes full credit for breaking Kenny Rogers’ big hit “Lucille” during his stay at KAGY.

4. Johnny Was Fired From His First Band

Johnny was fired from his first band, a cover band named Powerglide because he could not sing Led Zeppelin, Bad Company, or ZZ Top (he still can’t). Upon his firing, he was given $100 and a microphone. Johnny was not expecting to be fired, so when he was dismissed, he had to walk home since his ride hadn’t planned on picking him up for a while.

5. He Was An A&R Consultant For Three Major Recording Labels

In the late ’80s and early ’90s, Johnny was an A&R consultant for three major record labels. During this time, he brought attention to and recommended signing, The Indigo Girls, Grant Lee Buffalo, Tool and Fossil, choices he still stands by. Also, during this time, he passed on the band Rage Against The Machine, claiming that he didn’t feel the band “had anything new to offer.” This particular choice he does not care to discuss.

Johnny discovered director Tarsem Singh (The Cell, The Fall, Immortals, Mirror Mirror, Self/less, Emerald City) while Singh was still in college, and chose him to direct Human Drama’s first video for their debut RCA Album “Feel,” against the wishes of management and label executives who felt they needed a “proven” director. Johnny stuck to his guns, and plans moved forward for the “Death of An Angel” video until RCA pulled all video support funding and decided not to do a video at all. Tarsem, who had since been picked up by an agency after being chosen to work with Human Drama/RCA, was immediately hired to do R.E.M.’s “Losing My Religion” video, into which he incorporated aspects of scenes Johnny, and he had discussed for “Death of An Angel.” The “Losing My Religion” video went on to win vast critical acclaim, including video of the year at the MTV awards.

7. He Was Responsible For Jeff Buckley Covering “Hallelujah”

Johnny is directly/indirectly responsible for Jeff Buckley covering Leonard Cohen’s “Hallelujah.” Only a few of Johnny’s closest friends know the full story of how this occurred – intriguing, right?

8. Johnny Starred In An Off-Broadway Play

In 2003 Johnny starred in an off-Broadway play called “Taking Step Three 13”. The story was based upon Dostoyevsky’s Crime and Punishment. The play developed over two years off-Broadway until finally receiving its funding, upon which the entire organization disbanded.

9. He Began Writing A Novel

Johnny began writing a novel in 1997 and decided to preface the book with his own definition of the statement “I Love You.” Upon completing his five-part definition, and the depressing sentiments expressed therein, he decided that it would be better not to continue. He has never resumed work on the book, but you will find aspects and pieces of the preface in a few Human Drama tracks, including the 2017 song “The Liar Inside.” “I pretend to love you so that you’ll love, you pretend to love me just out of fear.”

10. Johnny Grew Up In Louisiana

Johnny grew up in Chalmette, Louisiana, five minutes from where the Battle of New Orleans was fought, and also five minutes from the infamous New Orleans French quarter. Chalmette is a part of St, Bernard Parish, and the small parish gained worldwide notoriety when hurricane Katrina devastated southern Louisiana in 2005. His childhood home was covered by 13 feet of water and totally destroyed. His entire music collection was lost, along with all of his early band photos and memorabilia, including the original paintings of the front and back album cover from Human Drama’s The World Inside.

You can watch Johnny Indovina star in his newly released film “Seven Days In Mexico,” by Seraph Films, and directed by Gene Blalock.