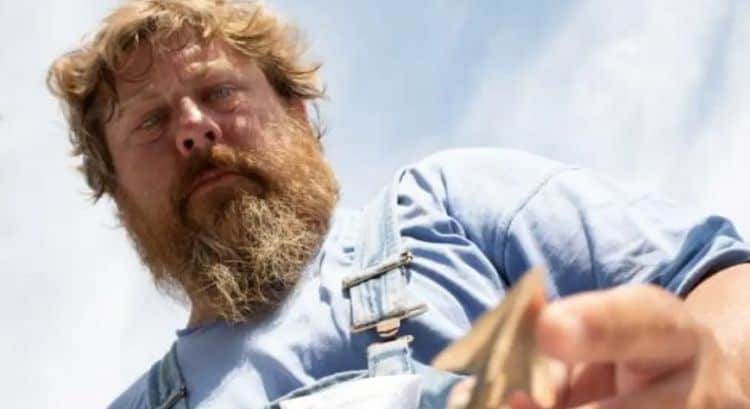 Fishing isn’t something that most people would consider exciting. However, somehow, it has managed to make the perfect content for reality TV. Longtime fisherman, Johnny Johnson, is taking advantage of this increased interest in fishing with his series, Fishing with Johnny Johnson. While Johnny’s show may not be the most popular fishing show, it’s definitely well on its way. Although he isn’t out on a big commercial fishing boat, Johnny still manages to make his fishing adventures fun and exciting, and that’s exactly what his viewers love about him. If you’ve never been interested in fishing shows in the past, this might be the one that changes your mind. Keep reading for 10 things you didn’t know about Johnny Johnson.

Johnny Johnson is what most people would consider a veteran when it comes to fishing. After his family relocated to the White Mountains of Arizona, Johnny took up fishing as a hobby. He quickly fell in love with the sport and began entering local competitions when he was just 19-years-old.

2. He Doesn’t Believe In Quitting

Johnny has had a very successful career in fishing, but things haven’t always been easy. In fact, there have been several times where he’s considered giving up because things weren’t going as well for him as he hoped. However, Johnny is a firm believer that quitting is never the option and he has managed to persevere through the years.

Fishing is what most people know Johnny best for, but it isn’t the only thing he’s good at. Johnny has been playing music for most of his life and got his first drum set when he was around 8-years-old. His father is also a musician. At 10, Johnny began performing alongside his dad. Over the years, Johnny has been a member of a few different bands and has continued to perform whenever he can.

4. He Loves To Laugh

If you’ve ever tuned into Johnny’s show, you’ve probably noticed that it’s pretty different from other fishing shows. While Johnny definitely takes himself and his work very seriously, he’s not afraid to crack a few jokes and laugh from time to time. This element of his show has given him a special place in lots of viewers’ hearts.

5. He Came Up With The Idea For His Show

In the reality TV world, many shows are originally thought of by producers who eventually reach out to people they think would be good cast members. However, Fishing with Johnny Johnson came about in a different way. Johnny actually came up with the idea on his own after watching a local fishing show that consisted of all still shots and no video.

6. He Used To Own A Small Fishing Store

Johnny has had the pleasure of experiencing the fishing word from lots of different perspectives. In addition to being a fisherman and a TV host, he also had a small fishing store in the White Mountain area for a short time while he was a teenager. He told White Mountain Independent, “This place is where I learned my ABCs of fishing.

Over the years, Johnny has built a very devoted fan base. But if watching Fishing with Johnny Johnson doesn’t give you your fishing fix, the good news is that Johnny also sells merchandise on his website. At the moment, he only has t-shirts, but there’s always a possibility that he will expand his product line in the future.

Don’t let Johnny’s laid back demeanor fool you into thinking that he isn’t competitive. He takes his fishing tournaments very seriously and has earned respect on the local and statewide circuits. According to Johnny’s website, “He’s won numerous bass tournaments throughout the years, including a state championship.”

Johnny may not seem like the type of person who would be into social media, but he’s actually pretty active on Instagram. He love sharing his latest adventures with his followers and has been known to like and reply to comments on his photos. At the moment, he has just over 3,770 followers on Instagram.

Even though fishing is the focal point of Johnny’s platform, what he actually does for his viewers goes far beyond fishing. Johnny is all about spreading good vibes and positivity, and it’s clear that this is something he takes very seriously. Even if you’re not particularly interested in fishing, watching Johnny’s show still has the ability to brighten your day.