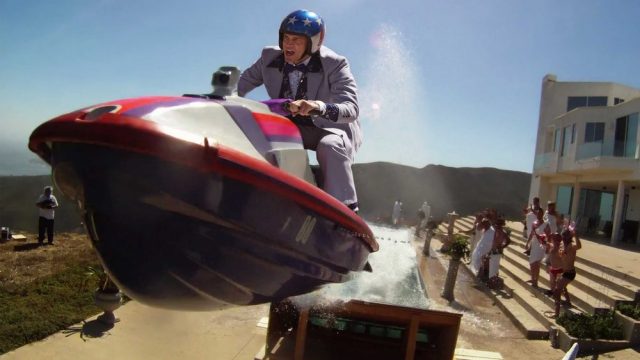 Feels like a while since we’ve seen or heard from Johnny Knoxville.Â  His last feature film was Bad Grandpa which came out in 2013.Â  I personally thought the movie was hilarious.Â  But it appears that Knoxville is going back to his MTV roots because stunts are sure to be abound in his latest project entitled “Action Park.”Â Â  According to THR, the film “imagines what would happen if Knoxville and his cohorts irresponsibly designed and operated their own theme park.”

Let’s also get something straight.Â  For those of you that live in the Northeast and ever got a chance to experience the deathtrap they called Action Park, this is not a movie based on the real park.Â  This is merely Knoxville and his friends doing what they do best: insane stunts and deplorable behavior.

Tim Kirkby (Veep) will direct the film from a script written by Knoxville, John Altshuler, and Dave Krinsky.Â  The production of the film begins in March and will shoot in South Africa.Â Â  The location alone makes this extremely intriguing.Â  Will there be live animals in this movie?Â  I’m guessing absolutely.Â  Anyone who loved guys like Johnny Knoxville and Bam Margera are sure to watch this movie.Â  As to whether or not Margera or Steve-O will be in the cast, we don’t know yet.

There are plenty of ways to make a living.Â  The one Knoxville has chosen is incredibly dangerous but I have to say I’m glad there’s one of him out there because it sure ain’t gonna be me.Â  No word on when Action Park will be released.