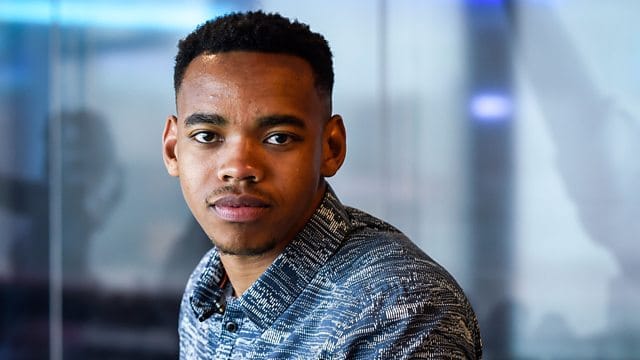 In all honesty it almost feels as though Joivan Wade, despite being around since 2012 and having taken on some interesting roles, has been kind of under-utilized. Or maybe it’s more to the point that he’s just now taking on roles that are pushing him into a different arena that allows him to be seen by a wide array of people that are interested in a wide variety of different pop culture icons. That doesn’t feel quite right either, but at the same time it does kind of feel somewhat true. He’s been a convincing actor for a while and has done a few great things, but it would seem that now he’s really starting to come into his own and take on roles that are more widely known and therefore will give him a great deal of exposure to fans that are well-known to give people the kind of thumbs up or thumbs down when it comes to their role in one of their favorite genres.

Here are a few things about Joivan you might not have known.

Given the way that Cyborg was represented in the Justice League movie it seems that some people might have an issue with seeing him in this role while others might be more than willing to see what he can do and if he’ll make good on the character. In truth it would seem that, so far, he’s going to be the right guy for the role and should do fairly well.

If playing the role of Cyborg is something that will give him plenty of acclaim then being in Dr. Who at one point will immortalize him in a way that few things ever could. After all being on this show is something that can make a person’s career or at least set them on the right path towards greatness if they want it.

His numbers are still building but he’s not doing that bad since he does have enough followers that want to know what’s going on in his daily life. If things go well with where he’s at those numbers could start to rise pretty quickly.

7. Joivan started out as a YouTuber.

This kind of thing should give a lot of people hope since starting as a YouTuber isn’t quite that hard no matter that it might start costing a lot if your channel starts getting a lot of traffic, which usually facilitates the need for better equipment.

Joivan has been a public figure for long enough to make his mark in more than one way since it would seem that he was meant to be a star and at this point has proven it more than once. Right now his career is definitely something he can be proud of and can possibly see lasting for some time to come.

It’s impressive to see someone at this age be on a such a streak and have such promise when it comes to their career though it does kind of make some of us wonder just what we did that didn’t allow us to excel as quickly. It is a lot of luck and a lot of hard work if you want to be honest, and those that make it are often to be praised since they did something right.

When someone makes so many big strides in their career as this young man has it’s really fun to watch since he’s now poised to really become someone that will be known by millions of people eventually if he plays his cards right. It’s interesting to think of where he might be in another five to ten years if his career keeps going in the current direction.

3. Joivan has been nominated for an award.

Being nominated for just one award at this time in his career isn’t a big deal. What matters more than the awards is the determination and ambition of the individual and how hard they will work to entertain the people that are in essence the reason they’re on screen in the first place.

2. His career has been on a big upswing lately.

Playing the character of Cyborg is in a way just another role, but not a lot of people get to play characters from one of the big comics companies that is actually considered to be one of the powerhouses of the industry. So yes, he’s on an upswing.

1. So far there’s not a lot on the internet about him.

It’s surprising that while there is some information out there on him, it’s not quite as much as you would expect.

Give it time, there should be more to come.