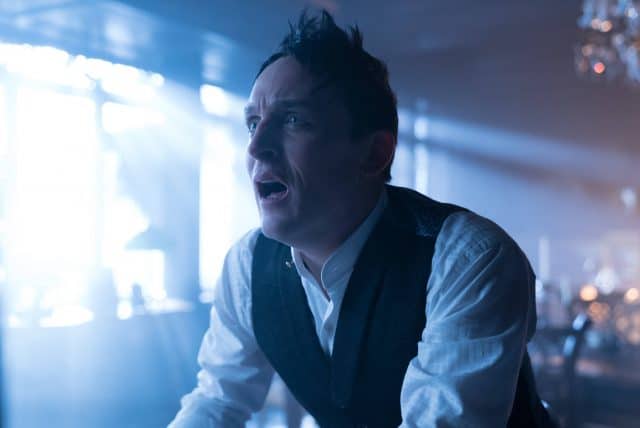 Anyone that’s been watching the show Gotham shouldn’t be too surprised that the Joker is finally coming to the show, but they might be stunned that it won’t be Jerome. If you’re really surprised at this point then you haven’t been paying much attention since the show kind of veered off from the comic books quite a while ago. The villains have their own arcs, as does Bruce Wayne. Even Alfred is different from what a lot of people remember. But the iconic villain that’s somehow given Batman the worst time of all throughout the comics and in the movies is going to be revamped yet again in how he comes to be the dark knight’s most persistent opponent.

David Mazouz, who plays Bruce Wayne in the show, has already confirmed that Jerome will not be playing the Joker. The character that does take up the mantle however will be basing himself off of Jerome, so the madness of the Joker will still be there, but individual it will belong to will be much, much different. It won’t begin with a gangster being dumped into a vat of chemicals, or a mystery man coming out of nowhere with horrible scars deforming his face. Nope, this Joker will be basing himself off of the already unhinged Jerome as he paves the way for his entrance. Not much is known about the character at the moment save for the fact that he’s coming. Mazouz has said that the way the character will enter the series will be interesting, but so far nothing else has been given out.

The Joker was not the first Batman villain if you didn’t already know this. That honor went to Hugo Strange when Batman was still being written out of Detective Comics in 1940. But The Joker was only a couple of months behind since he too was written up in 1940, becoming one of Batman’s longest-lived and most psychotic opponents to date. Seriously, out of all the opponents that Batman has faced the Joker is still among the worst of them, and is perhaps the only one that a resounding number of people would gladly claim as his number one opponent. Why is that? He’s not overwhelmingly strong like Bane, he doesn’t have the scary abilities of Clayface, and he doesn’t even seem half as tough as Deadshot. But the difference between all of them is that out of every villain Batman has ever faced, the Joker is the craziest.

He’s the guy that cut his own face off and then wore it like a mask. He’s the guy that has had the chance to murder Batman and hasn’t taken it, because he has some sick idea in his head that he and the Batman are meant to do this dance forever. None of Batman’s other enemies are as relentless or as maniacal as the Joker, and that’s why the dark knight tends to take the Joker just a little more seriously than many others.

He’s the surprise you try to plan for but never see coming.