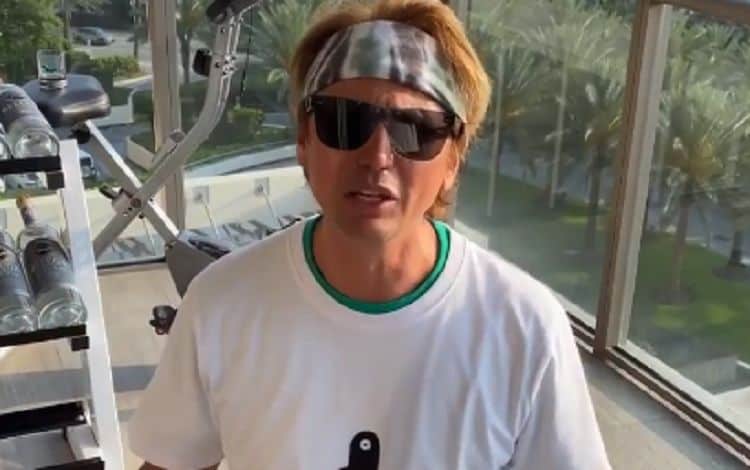 Jonathan Cheban is the perfect example of what it’s like to have friends in high places. He is best-known for his friendship with Kim Kardashian and his subsequent role on the family’s reality TV show, Keeping Up with The Kardashians. Although Jonthan’s friendship with Kim may be what got him in the spotlight, his personality has earned him his own fan base. Over the years, he has worked hard to make a name for himself and that work has definitely paid off. Although KUWTK is coming to an end, I have a feeling that we haven’t seen the last of Jonathan just yet. Continue reading to learn 10 things you didn’t know about Jonathan Cheban.

Jonathan has never openly admitted to having plastic surgery, but there are lots of people who aren’t waiting for an admission. Instead, they believe that the proof is in the pudding – or in this case, the pictures. Comparing old photos of Jonathan alongside new ones definitely show some very notable difference that probably can’t be chalked up to aging.

2. He And Kim Have Only Argued Once

Some people are used to friendships where heated arguments are par for the course, but that isn’t the kind of relationship Kim and Jonathan have. They get along very well and Jonathan says that they have only argued once in their friendship, and that argument just so happened to be captured by the reality TV cameras.

3. He Was Born In Moldova

Jonathan may seem like a big city guy now, but he was born in a small European country called Moldova that was part of the Soviet Union. He moved to the United States when he was fairly young and his family settled in New Jersey where he was raised and attended high school.

4. He Had His Own Reality Show

Unless you’re a die hard fan of the Jonathan and the Kardashian family, you may not have known that Jonathan once had his very own reality show that also aired on E!. The series, which was called The Spin Crowd, debuted in 2010 and aired for just one season due to low ratings.

After high school, Jonathan decided to get out of New Jersey. He went on to attend Hofstra University in New York where he earned a bachelor’s degree in communications. After he graduated, he went on to land a job with the Peggy Siegal Company in New York City.

6. He Has Acting Experience

Most people are familiar with Jonathan for his reality TV experience, but he’s also done a little bit of acting over the years. In 2017, he made his acting debut in a film called By Any Means. According to IMDB, that is his only acting credit and it’s highly unlikely he’ll do any more acting in the future.

Being rich and famous may seem cool on the surface, but it also makes you an easy target for people who want to cause you harm. In the summer of 2020, Jonathan made headlines across the internet when he was robbed at gun point in New Jersey. According to sources, Jonathan was out with his mother and a friend when a man approached him, pointing a gun, and asked for Jonathan’s $250,000 Richard Mille watch. Fortunately, no one was injured in the incident.

8. He Met Kim K At A Birthday Party

Because of who Kim Kardashian is, lots of people probably assume that she and Jonathan met in some fantastical way. The truth, however, is that their meeting was very normal. According to Jonathan, he and Kim met when they were seated next to each other at a birthday party. They instantly hit it off and the rest is history.

9. He Once Started A Clothing Line

Jonathan has an entrepreneurial spirit and he has tried his hand at different business ventures throughout the years. In 2008, he started a clothing like called Kritik. The venture was short lived and the line fell into obscurity within a year, but some items can still be found for sale on websites like eBay.

The world may know him as Jonathan Cheban, but these days he prefers to be called FoodGod. Jonathan has already changed his Instagram username to FoodGod. According to his bio, he goes out to eat every single day and almost all of his content is related to food. He’s also launched a business based on the name where he sells homemade truffle ketchup.