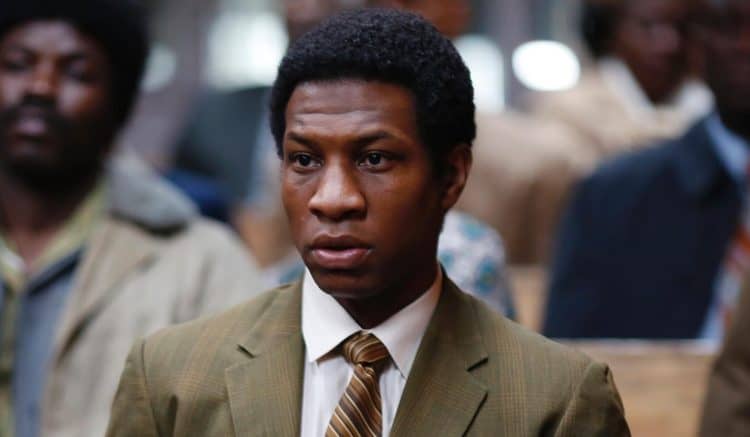 The last couple years have been a whirlwind for Jonathan Majors. Although he entered the professional acting world about 10 years ago, his career didn’t really begin to take off until he was cast in the TV miniseries When We Rise in 2017. Since then, Jonathan has become unstoppable and the opportunities keep coming left and right. He also earned a main role in the upcoming HBO series, Lovecraft County which was created by Jordan Peele. Jonathan also has some other cool projects in the works that will likely result in the next few years of his career being equally as exciting. Continue reading for 10 things you didn’t know about Jonathan Majors.

After earning a bachelor’s degree from the University of North Carolina School of the Arts, Jonathan decided to enroll at Yale for grad school. Although he completed the program, he feels that it didn’t each him all of the things he really needs to know in order to become a successful actor.

2. He Doesn’t Want To Be Typecast

Although being typecast can have its benefits, it leaves actors confined to a very small box of possibilities. This is precisely what Jonathan wants to avoid. He told Indie Wire that he doesn’t want to only be considered for certain types of roles. He says, “I’m an actor, and the thing about an actor is that if you’re fortunate enough and you have the ability, is you can access multiple parts of yourself. I want to grow and see how far can I stretch.””

3. Denzel Washington Is One Of His Greatest Influences

Jonathan is a firm believer that in order to be great, a person must be great, they must study the greats who came before them. In that sense, he has made himself a real student of the game. Denzel Washington has been one of his biggest influencers over the years, and he also cites Philip Seymour Hoffman and Daniel Day Lewis as some of his other favorite actors.

4. His Mother Helped Him Believe In His Ability To Tell Stories

It’s always nice to have someone who believes in you, especially when you haven’t even started believing in yourself yet. For Jonathan Majors, that person is his mom. He says that she has always had a way with words and was the first person to identify his skills as a story teller.

Jonathan was born in California, but he was raised in Texas. After his father left when Jonathan was just a child, his mother moved he and his younger siblings to an area of Texas that was closer t her family. Even though life in Texas wasn’t always easy, Jonathan is grateful that it made him who he is today.

6. He Cried When He Found Out He Got The Role In Lovecraft County

Actors often have to deal with lots of rejection before they’re finally able to land a role, so when Jonathan found out he was cast in the upcoming HBO series, Lovecraft County, he was overcome with tears of joy. Once he regained his composure, he went to a local arcade bar and had a drink.

Most actors have stories of themselves falling in love with acting before they were even old enough to know what acting was, but Jonathan’s story is a little bit different. He actually didn’t develop an interest in acting until he was 14-years-old, but once he got started he couldn’t stop.

8. He Once Injured Himself In An Audition

Every actor wants to do their best when they go to an audition, but unfortunately that doesn’t always happen. In Jonathan’s case, he had an audition that went so poorly that he hurt himself and ended up throwing up and crying after. He told Backstage, ” I was auditioning for the two artistic directors. I got there and, literally, fell on my ass because he said, “Can you do it in a handstand?” I was so go-hard, I said, “Yeah.” I go to do a handstand and do the speech—Shakespeare—and I got up there and bruised my tailbone because I kept falling down.” He continues, “I got on the Chinatown bus after eating Chinese food, and I threw up and cried all the way to North Carolina. It was the worst experience of my life.”

9. He Doesn’t Believe There’s Any Such Thing As A Classically Trained Actor

Jonathan’s teenage years weren’t exactly smooth sailing. At that time, he found himself being bullied and getting into a lot of fights. In many ways, discovering his love for acting is what saved him. Without acting, his life likely would’ve taken a completely different turn.