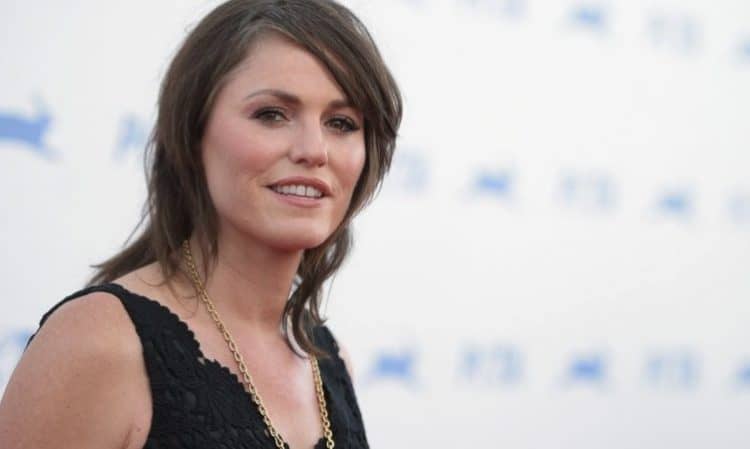 Jorja Fox is indeed a familiar face since she’s done quite a bit when it comes to TV and even movies. TV seems to be where her biggest successes have come from since she’s been known on three major shows and has been around long enough to have been a guest star on others and been in more than a few projects that have helped to elevate her career. In many cases it kind of seems like she’s more of an important supporting character rather than a lead but then if you look at the role of the supporting character you can easily realize just how vital they are to a project since in many ways they hold up the lead and make sure that everything is going the way it should. In other words Jorja is one of the reasons why the shows she’s been on have worked, along with the rest of her fellow cast members. Take one away and it’s just not the same.

10. She’s part of a production company.

To be more precise she helped to co-found a production company named Honeypot. They specialize in producing plays and have been going now for a while. One thing that many actors seem to strive for is to have something outside of acting that can establish them as someone that isn’t just about acting. This also allows them to hold onto something should their careers ever take a turn that they didn’t expect.

The number of people that went nuts over this show is still astounding since it shows just how easily some shows can get on with a large audience. The show was fairly entertaining and it did manage to showcase a lot of procedural material that a lot of folks found absolutely enticing since CSI eventually became more than a show, it became something of a phenomenon.

8. She was discovered in a model search.

Jorja was found in a local mall model search when she was given an opportunity to see what she could do. From that point on it became kind of apparent that modeling would be the thing for her, at least until she found her way into acting.

Anything that has to do with real life in a dramatized manner seems to have been very popular in the past several years and in fact it’s been a topic of discussion ever since these types of shows started coming out. People love to see reality on TV, especially if it’s something that doesn’t involve a lot of self-absorbed folks yelling at each other over nothing.

6. She was fired and then re-hired to CSI.

Jorja was fired for her refusal to sign any documentation stating that she would return to work, and her co-worker, George Eads, was fired the next day. Thankfully both of them were re-hired within the week. After all you don’t just fire someone that you happen to need for your show. The writers might not have been too happy about having to alter the script for her departure.

4. She has a purse named after her.

The brand name of the purse is Matt & Nat, but she does have a purse named after her and the brand is entirely vegan. That’s got to make a person feel kind of good to know that someone took their name and applied it to a product in some way, shape, or form.

3. She used to get nightmares after reading the CSI scripts.

Seeing as how the show dealt with some truly gruesome crimes it’s not hard to see how the scripts would give anyone nightmares since it wasn’t the kind of program that you would consider letting your kids watch all the way through. It wasn’t horrible by any means but the material could still get just a little creepy.

One has to wonder if women are getting taller and if the average really needs to be changed since 5’4″ seems a little short for anyone be they man or woman. Lately it seems that women are growing to be either several inches over the average or quite a bit more given that some women are just as tall, if not taller, than many men.

She played the role of Leonard’s wife, who he believes was killed by John G. The only problem is that thanks to his condition Leonard has killed more than one John G. throughout the course of his life after his wife died. Even worse is that his wife survived the attack he believes killed her and he’s covered up his own memories of overdosing her with insulin by coming up with a story that he’s repeated to himself long enough and in great enough detail to believe it.

She’s a solid actress and someone that can be depended upon.