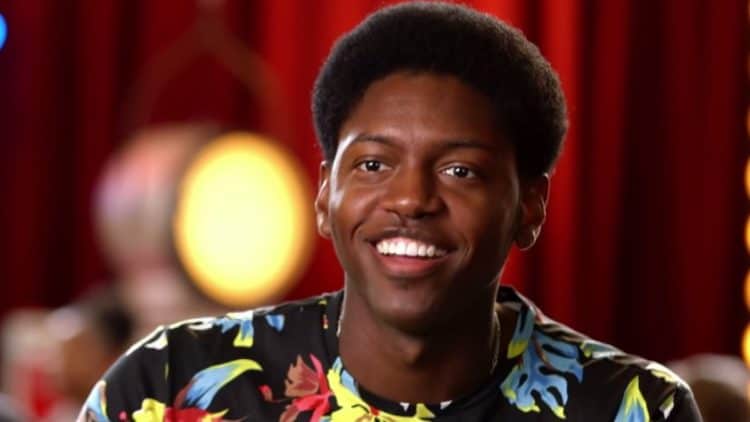 Getting the chance to perform on America’s Got Talent is a dream come true for any entertainer, and Joseph Allen is one of the lucky few who’s gotten to live that dream. Joseph appeared on the show in 2019 and his musical talents earned him the coveted Golden Buzzer. Even though he didn’t win the season, lots of people were drawn to his talent and he was able to build a substantial fan base. Joseph recently got another chance to do a competition show when he was asked to join the cast of MTV’s The Challenge. While his artistic skills probably won’t do him much use on The Challenge, his competitive nature will be a major asset. Keep reading to learn 10 things you didn’t know about Joseph Allen.

Joseph was born and raised in Killeen, TX where he attended Ellison High School. He decided that he wanted to experience college life away from home and went to school at Grand Canyon University in Arizona. He earned a degree in digital production and moved to Los Angeles to start his career.

Joseph has always been the kind of person who accomplishes anything he puts his mind to. When he was younger, he developed an interest in motocross and spent lots of time researching the sport. He went on to compete in several motocross races but gave up the sport when he got to college.

3. He Started An Apparel Line

Music isn’t the only way Joseph likes to express his creative side. He started an apparel line in the summer of 2020 called Attempt Impossible. In addition to t-shirts and other clothing items, the line also sells accessories such as phone cases, mugs, and fanny packs.

4. He’s The First Person From AGT To Compete On The Challenge

There was once a time when the only people who were eligible to compete on The Challenge were people who had previously been cast members of The Real World or Road Rules. These days, however, the show is essentially open to anyone who has ever been on reality TV and Joseph is the first person from America’s Got Talent to participate in The Challenge.

Joseph has worked hard to build a strong online presence and he’s found a lot of success on YouTube. His YouTube channel consists of a wide variety of content including music related videos as well as vlogs and life updates. Currently, the channel has 148,000 subscribers and over 4.1 million views.

Joseph’s story is a little bit different from other musicians. He grow up making music or spend his entire life hoping to break into the industry. He didn’t even develop an interest in being an artist until he got to college. At the time, he was simply looking for something to replace motocross as a hobby, but he ended up falling in love with music.

7. He Comes From A Big Family

Divorce is typically associated with negative outcomes, but in Joseph’s case his parents’ divorce wasn’t necessarily a bad thing. Both of his parents remarried and Joseph comes from a family that includes 12 children. He has a great relationship with his parents and his step parents and credits them all with playing an important role in his life.

8. He Wasn’t Familiar With The Challenge Before Joining The Show

There are lots of people who would be thrilled to get an email inviting them to The Challenge, but when Joseph got the email he didn’t even know what the show was. During an interview with Mike Lewis, Joseph said, “When I was going through my emails like I didn’t know what the show was. I actually had to apologize to who sent over the email because I was like, ‘I’m sorry I need some time. I need to like look up this show, see what it is.”

9. He Loves To Spread Positivity

One of the best things about music is that it has the power to make people feel. This is something Joseph hopes to tap into through the things he creates. Joseph loves using his music and his platform to spread positivity to everyone he comes in contact with.

Music may be what Joseph is best-known for at the moment, but he has lots of other talents that he hopes to get the chance to share with the world. While talking to Mike Lewis he shared that Will Smith is someone he looks up to and he hopes to have a diverse career like Smith’s.