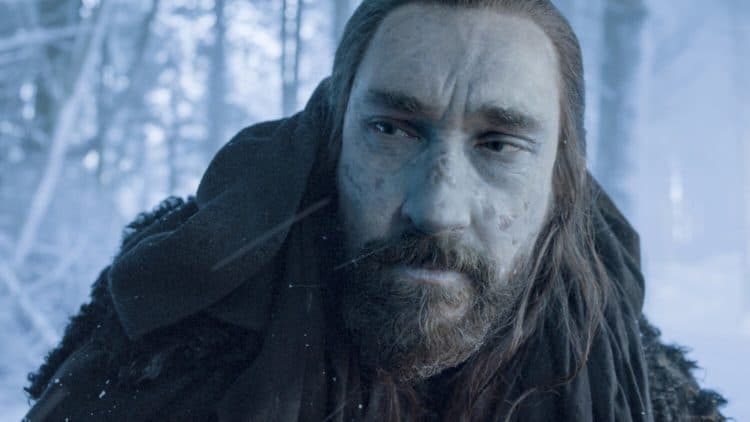 Joseph Mawle strikes me as the kind of actor you call on when you need someone for a role, and at all other times is off doing his own thing as he continues to build a reputation. So far in his career it would seem that things are going just as fine as can be and that he’s as content as he can be with what he has. Whether we’ll continue to see him in well-known movies and shows is hard to tell since the image above is one appearance that was split between seasons and mentioned him more than it showed him. Still, he was an influential character for a while on Game of Thrones, though he only appeared a couple of times when the main protagonist of the story, Jon, happened to need him in some way. Apart from that show he’s been doing fairly well and also been quite busy throughout his career.

Here are a few things about Joseph you might not have known.

10. He was diagnosed with dyslexia at a young age.

This is hard enough for adults to deal with, but with a kid that has no idea what’s going on or why they’re having such difficulty it’s even worse. The only thankful part is that Joseph had people in his life that were there to help him out.

9. Joseph had a few odd jobs while trying to become an actor.

If anyone happens to think that people just jump into acting they might want to read a few interviews and realize that acting doesn’t typically work like that. It does take a bit of work and effort, as well as schooling, to really get to where one wants to be.

8. He’s been a stage actor as well as a TV personality.

Like always this seems like a great idea for anyone that wants to get into acting since the two styles are actually complimentary to each other in a way that makes for a stronger person and a much more efficient actor given that an individual benefits from learning more than one style.

7. His time in Game of Thrones was limited to the pilot and then again in season 6.

Benjen Stark wasn’t exactly a huge character in the story, in fact it almost feels as though he had more presence in the books.Â  But he was there for Jon Snow at the right time it would seem, a couple of times in fact. His fate was kind of tragic, but at the same time he did what was right.

6. He has a rather impressive resume.

Joseph has done quite a bit with his career since he started back in the late 90s and he still has a lot to offer. Some people only complete so many movies and start on so many shows throughout their career, enough to make themselves known. Then you’ve got actors like Joseph that continue to find work again and again in order to keep moving forward.

He’s at that age where he’s not a young man any longer but he’s also not a young newbie that doesn’t know enough about what he’s doing. This is the comfort spot for a lot of people it would seem since he knows enough to go out and get what he wants, but he’s not bogged down by his age.

4. It doesn’t seem as though he’s as big on social media as he could be.

He does have his social media accounts in order and he does have a good number of fans but it would almost seem as though he’s not all that big on it. Perhaps he’s more fond of one platform than another, that’s been seen to be the case with some folks.

3. He had to deal with a serious hearing impairment when he was younger.

One might think that this would make acting almost impossible since you do need to be able to hear certain cues in order to know what to do, but since he does have at least some of his hearing left he’s been able to perform without any huge flaws.

2. His actual net worth hasn’t been revealed it sounds like.

It’s not really anyone’s business what he makes but that might not be the driving factor as to why he hasn’t revealed the number. A lot of people seem to think that his net worth includes a six-digit figure, which would be quite good sign that he’s amassed a pretty good amount of wealth throughout his career.

1. He seems to be enjoying the single life.

Thus far it sounds as though Joseph hasn’t married and has been enjoying being single. He’s been seen with plenty of women, but no one that’s sporting a ring on the finger.

Sometimes life is for enjoying solo.