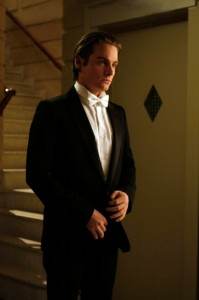 Josh Schwartz, as we know, has had much success in the realm of television, producing The OC, Gossip Girl and Chuck, all of which have made their mark on the television landscape. When it was announced that he was working on two new shows I was rather excited, when it was announced that Rachel Bilson would be the star of one this excitement went up ten fold, especially as she really hasn’t been as good as she was as Summer Roberts in The OC or as her guest appearance on Chuck.

So what are both show about and how will Scott Porter and Kevin Zegers fit in? Well first up is Hart of Dixie which will air on The CW and the central premise is that Rachel Bilson plays Dr. Zoe Hart, who moves from practicing medicine in the fast pace of New York City to a small Southern town in which she inherits a small medical practice. Scott Porter who has had brilliant turns in both Friday Night Lights and The Good Wife will play a character called George Tucker and it remains undisclosed what kind of a role he will play but it wouldn’t surprise me if he was a love interest. He has shown in his previous roles that he can be both the sweet natured boyfriend or the devious and competitive colleague and so I look forward to seeing what kind of character he will be playing in Hart of Dixie.

Schwartz other pilot Georgetown for ABC has been written about with much anticipation by my colleague and fellow Schwartz addict Mark O Estes back when the idea for this show was being shopped around. It was described as being like The OC but this time they have swapped beaches for politics and will focus on the young power brokers of Washington DC. Kevin Zegers who has been particularly brilliant as the devilish and dastardly Damien Daalgard on Gossip Girl has obviously impressed Josh Schwartz and has signed up to play Monty, a wealthy stockbroker who is an old rival to the presidential speechwriter who happens to be at the centre of the story.

Both shows sound like they could be good additions to Josh Schwartz’s already impressive resume and I will definitely be checking both out. Do you feel the same? Either of these shows sound interesting to you? Glad to see Rachel Bilson back on TV? Do these additions to the cast appeal to you? Let us know in the comments below.