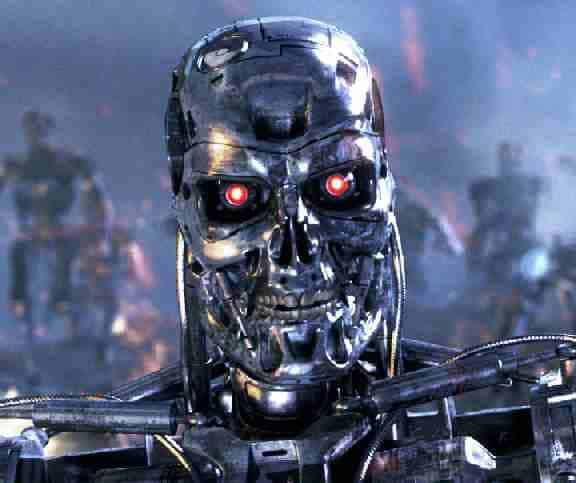 For those of you who don’t know, the company that currently owns the rights to the entire Terminator franchise (Halcyon) is experiencing some (serious) financial difficulties and is auctioning off the franchise rights in an attempt to secure some cash.

According to Nikki Finke over at Deadline Hollywood Daily, a lot of studios (led by Sony) are interested in bidding in the auction, despite the fact that the recent Terminator Salvation didn’t do as well as some would have hoped (I liked it….but even I admit it could have been better – easy fix: more Worthington, since he was arguably the best part of the entire movie).

As a follow-up to her post, Ms. Finke posted an open letter penned by Joss Whedon to the owners of the franchise rights. Joss Whedon is like a god….only much, much funnier. I want to hear his take on absolutely everything.

Here’s the best part: he freaking calls out Christian Bale’s Batman voice. I love me some Bale, but the man needs to stop messing with his vocal cords, particularly in non-Batman movies. Joss Whedon just upped his awesome factor for pointing out what the rest of us have been saying for a few years.

An Open Letter to the Terminator Owners. From a Very Important Hollywood Mogul

I am Joss Whedon, the mastermind behind Titan A.E., Parenthood (not the movie) (or the new series) (or the one where ‘hood’ was capitalized ’cause it was a pun), and myriad other legendary tales. I have heard through the ‘grapevine’ that the Terminator franchise is for sale, and I am prepared to make a pre-emptive bid RIGHT NOW to wrap this dealio up. This is not a joke, this is not a scam, this is not available on TV. I will write a check TODAY for $10,000, and viola! Terminator off your hands.

No, you didn’t miscount. That’s four — FOUR! — zeroes after that one. That’s to show you I mean business. And I mean show business. Nikki Finke says the Terminator concept is played. Well, here’s what I have to say to Nikki Finke: you are a fine journalist and please don’t ever notice me. The Terminator story is as formative and important in our culture — and my pretend play — as any I can think of. It’s far from over. And before you Terminator-Owners (I have trouble remembering names) rush to cash that sweet cheque, let me give you a taste of what I could do with that franchise:

1) Terminator… of the Rings! Yeah, what if he time-travelled TOO far… back to when there was dragons and wizards? (I think it was the Dark Ages.) Hasta La Vista, Boramir! Cool, huh? “Now you gonna be Gandalf the Red!” RRRRIP! But then he totally helps, because he’s a cyborg and he doesn’t give a s#&% about the ring — it has no power over him! And he can carry it AND Frodo AND Sam AND [email protected]%& up some orcs while he’s doing it. This stuff just comes to me. I mean it. (I will also offer $10,000 for the Lord of the Rings franchise).

3) Can you say… musical? Well don’t. Even I know that’s an awful idea.

4) Christian Bale’s John Connor will get a throat lozenge. This will also help his Batwork (ten grand for that franchise too, btw.)

6) The movies will stop getting less cool.

Okay. There’s more — this brain don’t quit! (though it has occasionally been fired) — but I think you get my drift. I really believe the Terminator franchise has only begun to plumb the depths of questioning the human condition during awesome stunts, and I’d like to shepherd it through the next phase. The money is there, but more importantly, the heart is there. But more importantly, money. Think about it. End this bloody bidding war before it begins, and put the Terminator in the hands of someone who watched the first one more than any other movie in college, including “Song of Norway” (no current franchise offer).

I’ll chip in $10 to add to Whedon’s $10,000, because I believe Terminator….of the Rings could possibly be the best movie in the history of movies. In fact, the Academy should just give it 15 Oscars, including Best Picture, right now. No point in even waiting until it gets made. James Cameron must be kicking himself for not thinking of it earlier.

P.S. My friend Cindy respectfully disagrees with Mr. Whedon. She says, and I quote: “Imagine ‘Terminator: The Musical’ with the Batman voice. Genius!”