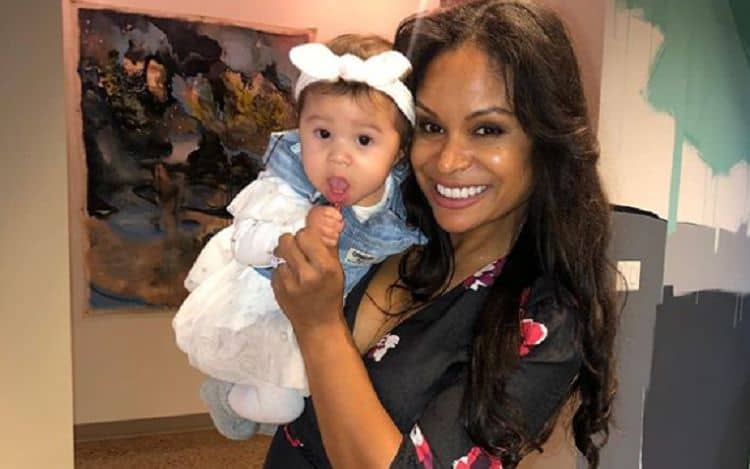 Joyful Drake is an actress, and she’s a good one. She has so many things to work for, and she’s bringing it in every aspect of her life and career. She’s got a long list of credits to her name in which she played characters who are both remarkable and memorable. If you can remember a movie or a show with her in it, you can remember a lot. She’s been around, and she’s worked with some of Hollywood’s biggest names. She’s good at what she does, and that’s why she keeps getting work. We love her, and we love all that she does. She’s so good, but she’s someone we don’t know a lot about personally. We think it’s time to change that.

1. She’s From the Midwest

When you think of a fabulous actress such as herself, you might think she’s probably someone who grew up in a sophisticated city such as New York or Miami or even Los Angeles, but she’s not one of those women. In fact, she grew up in a much less glamourous, but still beautiful, bity in Wisconsin. She’s from Milwaukee, and she knows a thing or two about living in the country with a much less fast-paced life.

Since she can remember, performing has been something she’s loved. She was a young girl who knew that she would love to spend her life working with acting and in front of people, and she never shied away from any opportunity to take on a role that was not all about who she is. Becoming someone else for a short time by putting her all into her work has always been her game.

3. She’s Not Afraid of an Audience

When she was just a little girl, she was a finalist in the State Speech Performance Titles in Wisconsin. She recited the famous speech made by Martin Luther King Jr., which we all know as the “I Have a Dream,” speech. She did not, however, merely perform it. She re-enacted it. She became MLK Jr. and she was amazing. She also performed the “Gettysburg Address,” which was the famous speech given by former President Abraham Lincoln. She’s never been afraid of being in front of an audience.

Many people assume all actors and actresses are just people who worked as waitresses and waiters and delivery people and stagehands after leaving high school and waiting on their big break. How wrong those people are. Joyful is a woman who loved to perform, but she also went to college. She went to the University of Madison Wisconsin. Not only that, but she was there on an academic scholarship, which means she was an amazing student. She studied writing, drama, and all the creative things she could.

During her time as a young woman, she was not just a student with an academic scholarship who liked to act and write and perform. She was also an actual performer. She danced for the NBA. She danced for the Milwaukee Bucks, and she was good. Her family loved to go out and watch her perform and spend time supporting her as she lived her dream.

6. She’s Got a Fun Nickname

Her family thinks that she has more energy than anyone else they know, and they gave her a fun nickname because of it. They call her the Hurricane because she’s always so forceful and she has so much stamina and energy, and they think that she’s got such a zest for life. Whatever she does, she does it all the way. She’s not into half doing anything, and we love that about her. Apparently, her family also loves that about her.

It is so easy to become famous and focus only on yourself, but this is just not how Joyful Drake was raised. She was raised to give back to those who cannot do for themselves or who are going through a difficult time. She created a foundation called the Dream Big Foundation, and she works hard to make it successful. She gives back to her own community by helping kids. She pairs the kids to mentors who have the ability to help these kids realize their dreams, no matter how big or small.

We’d assume that she has to like sports considering she worked for the NBA, and we are not wrong. She’s a woman who fills her Twitter feed with thoughts on her favorite teams and players, some clips of people playing, and much more. She seems to be a fan of all sports, too, which just shows how well-rounded she is. She’s not just an NBA fan, though we bet she does have a soft spot for them.

9. She Loves Being a Mama

She’s got a sweet little baby who is not quite a year old, and she’s so happy to be a mother. She’s sharing photos on her Instagram feed. She’s telling us all about the baby’s milestones and the quickness with which time seems to be passing now that she is a mother. It really is true. You have no idea just how fast time flies until you have a baby and then things take a dramatic turn for the absolute fastest. We feel you, Joyful. We feel you.

We can see it in her photos and her captions. She’s a fiercely loyal and loving friend. The way she speaks of her friends and the photos she shares of them is something that makes her look so special. We love a woman who clearly supports her friends and the women in her life. She lifts them up, she tells them how great they are, and she makes them all feel so good about themselves. She’s someone who has it all figured out in the friendship department, and we are loving that about her personality.