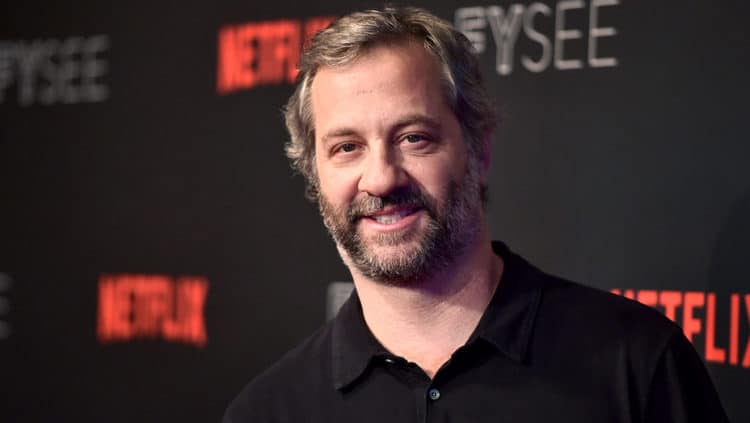 The current state of our world is something we can either be depressed by or that we can learn to live with and laugh at as that’s kind of the goal in Judd Apatow’s next upcoming movie for Netflix that hasn’t received a title yet but is going to be based on the current pandemic. From what’s been revealed so far it sounds as though the movie is going to be based around a group of actors that are forced to stay indoors while trying to finish a movie within a hotel. From a comedic standpoint, there’s a lot to work with and it’s easy to think that some people are going to find this hilarious while others might find it kind of offensive or perhaps worth an eye roll since being reminded of the world around us and the way things are going is currently something of an issue for some folks. But if you can’t laugh at your circumstances in some way then the alternative is to give in to crushing depression or find another alternative route to deal with it, and comedy is something that many people agree is one of the best methods to deal with hardship since if something can be made funny and people can be made to laugh they tend to forget their problems if only for a little while. Even an hour or two of laughter can help a person get through their day after all, and if that’s not enough to convince people, the idea that filmmakers are trying to keep the ball rolling as much as they can in order to get paid is still a motivating factor.

Some people want to believe in the altruistic nature of the process by which comedy is brought to the masses and that’s great since it is a part of what goes into entertaining others. It’s not only about the money, or at least one would hope it’s not, since the love of entertaining people is one factor that inspires a lot of stars to do what they do. But considering that the entertainment industry has taken a pretty heavy hit over the course of this year it’s not hard to see why so many people are pushing to get as much material out there as possible. Judd Apatow is just one among many that are seeking to capitalize on the pandemic since there have been plenty of others that have decided to make 2020 work for them when it comes to entertaining their audience, and from COVID-19 to murder hornets to 5G zombies, people have been coming up with all kinds of ideas. This movie that Apatow and Netflix will be bringing to the people is bound to be pretty familiar since the recommendations to stay at home and avoid going anywhere has been widespread across the country for months now, and while many people have chafed at it, others have decided to disregard it even as those that are claiming that such people are making the problem worse have been adamant in their views.

Because of this comedy is absolutely necessary at this time since otherwise life is bound to be too depressing given everything that’s happened in this year and the fact that the pandemic appears to be far from over. Those that don’t want to admit that comedy is a great balm to what life has to offer are typically those that don’t have much of a sense of humor or, quite possibly, are those that have suffered worse than others throughout the pandemic. It is a serious concern obviously and those that have lost loved ones aren’t bound to laugh as loud or think it’s that humorous. But there are still those out there that have been touched by the virus in some way that might find a movie that sets the virus in a different tone a bit of a relief since it can allow them to laugh and simply kick back for a short while before getting back to the regularly scheduled program that is life. It does suck to have to state it in such a way but the fact is that life has become something rather unpredictable and ultimately depressing if we sit and think about it too much, and comedy is one of the many ways that people still have to take away the otherwise downtrodden feel that the coronavirus is leaving in its wake wherever it crops up. So perhaps Apatow and Netflix will be able to wow people with a comedy that might be deemed a little insensitive but is still bound to be something that will help some folks shake off the lethargy that’s been building up for months. If nothing else, it’s a good way to just kick back and enjoy yourself for a couple of hours.