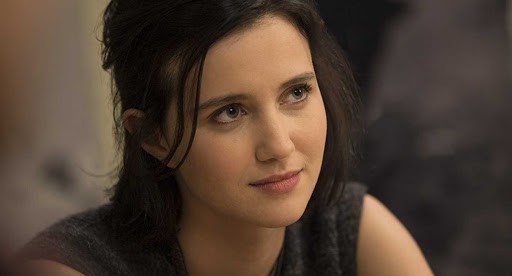 Julia Goldani Telles is an American actress with a background as a ballet dancer. Currently, she is best-known because of her role on The Affair. However, it will be interesting to see what other roles in other projects she will take on in the times to come. Here are 10 things that you may or may not have known about Julia Goldani Telles:

Telles was born in Los Angeles, CA, which is the entertainment capital of the United States. With that said, it is important to note that it wasn’t too long before Telles’ parents went abroad, which had a huge impact on Telles’s childhood.

To be exact, when Telles was almost two years old, Telles’s parents moved to Rio de Janeiro. In short, Rio de Janeiro is one of the most important cities in Brazil because it is a cultural, economic, and political center. In fact, it is interesting to note that when the Portuguese royal court relocated from Portugal to Brazil in November of 1807 because of Napoleon, it was Rio de Janeiro that was chosen to serve as its new home. Something that did much to pave the way for Brazil to become an independent country.

While Telles was born in the United States, her first language isn’t English but rather Portuguese. This makes sense because Brazil is a Portuguese-speaking country rather than a Spanish-speaking country. For those who are unfamiliar, the Portuguese and the Spanish split the New World between themselves with the Treaty of Tordesillas, which became the basis for Portuguese and Spanish-held territories in South America. The Portuguese-held territories became a single independent country whereas the Spanish-held territories fragmented into multiple independent countries, which is why Brazil is the one Portuguese-country in South America as well as the biggest of the countries that can be found on the continent. Regardless, it wasn’t until Telles returned to the United States when she was five that she started learning English.

Telles was introduced to dance when she was still at the age of five. In time, she went on to train in ballet, though she has revealed an interest in other forms of dance as well. For instance, Telles is a fan of contemporary dance, which came into existence in the mid-20th century.

5. Suffered Serious Injuries Because of Ballet

Ballet is very physically demanding. As a result, it isn’t uncommon to hear stories about ballet dancers sustaining serious injuries when something goes wrong. In Telles’s case, her injuries were bad enough that she had to stop doing ballet for a full year’s time, with the result that she decided to take drama classes to take her mind off of things.

To be exact, Telles suffered from tendonitis. This is a problem with the tendons that results in pain, swelling, and impaired function, particularly when the sufferer is moving about rather than staying still. Both injuries and repetitive motions have been known to cause tendonitis, so it should come as no surprise to learn that people who experience a case of it tend to miss out on a lot of work.

Besides tendonitis, Telles suffered from labral tears in her hips as well. The acetabular labrum refers to the ring of cartilage surrounding the acetabulum of the hip, thus making it possible for the femur to form a joint with the pelvis. Women tend to be more susceptible to labral tears than men because of how their pelvises are shaped. Furthermore, a lot of ballet dancers have suffered from labral tears because of their frequent pivoting on a loaded femur.

8. Was on Gilmore Girls: A Year in the Life

In 2016, Telles was on an episode of Gilmore Girls: A Year in the Life. In short, said web series was a follow-up to the very popular Gilmore Girls show that was broadcast from 2000 to 2007. However, there were a lot of people who were less than enthused by some of the storytelling choices made for the web series because they meant that the characters had been standing still rather than continuing on with their lives after the end of the original show. For instance, the main character Lorelei apparently dated her love interest Luke for more than ten years in between the two shows while neither one of them discussed either marriage or having kids so that they could have a big on-screen marriage in Gilmore Girls: A Year in the Life.

9. Was on Slender Man

Recently, Telles was on Slender Man, which was an attempt to capitalize on the Internet horror stories about the very tall, very thin humanoid with no facial features. Unfortunately, the movie wasn’t a very good one. Moreover, since it was released in 2018, it couldn’t even benefit from novelty because the original Internet meme started up in 2009. In other words, the people behind the movie didn’t just make a not particularly well-received horror movie, they made a not particularly well-received horror movie with awful timing that further reduced their chances of success.

In the same year as Slender Man, Telles was in another horror movie called The Wind. For those who are curious, The Wind is centered on two couples living in a relatively unpopulated part of New Mexico, meaning that it can be classified as a western-themed supernatural horror rather than something more standard. On the whole, The Wind had better twists than Slender Man. Furthermore, it offered a fresher perspective from characters who weren’t perfect but were nonetheless interesting enough for viewers to become invested in their fates. As such, it will be interesting to see how The Wind will be remembered in the years and years to come by horror fans.

A Keith David “They Live” Action Figure is Going to Exist