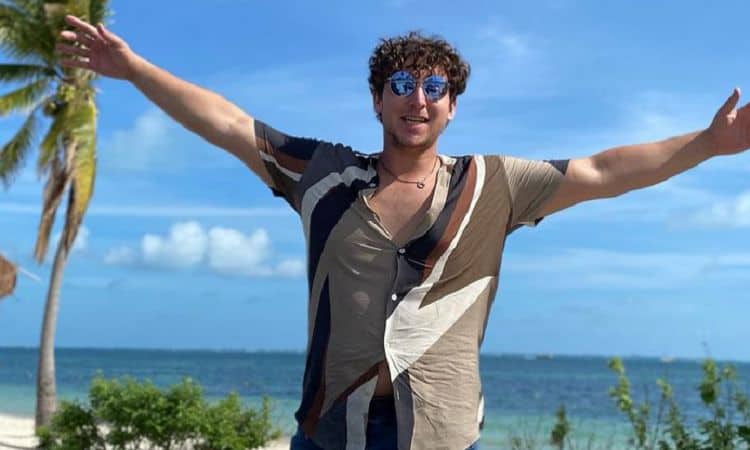 Magicians are unique types of people. Magicians tend to think a little more outside the box. They are a little more private than most. They are a little less social than most. Some might even be considered a little strange. Of course, you must be a little strange to be able to do what you do as a magician, don’t you agree? Anyone who creates anything is always going to come across as a little intense, a little bold, and a little unlike anyone else. It’s how creative people are. Julius Dein is a street musician illusionist, and most people have no idea what that means, how that works, or what it entails. However, he makes a good living doing it, and he has a lot of followers as a result. He’s been able to make a career out of magic, and that is something worth mentioning.

Julius Dein is still a young man. He is only in his 20s, though he’s been able to create enough success to last a lifetime. He was born on May 4, 1994, in London, England. He grew up there, spent his life enjoying all that London has to offer, and he still calls it home.

Julius is a well-educated young man. He grew up attending the Jewish Free School in Kenton, which is located in London. When he finished there, he enrolled in courses at King’s College London. He went on to graduate with a degree from King’s College, though he did spend one year learning elsewhere.

3. He Began Performing Magic at School

While he was still in school – prior to his college career – he was entertaining the other kids with his magic tricks. He’d got to parties and perform, but he also performed at school. His peers enjoyed the magic he did enough to keep inviting him to parties in hopes he would perform more.

4. He Spent a Year Abroad

During college, he spent a year abroad. His studying abroad was done in LA. He attended UCLA for a year, but he didn’t change himself as a person in LA. He still continued to perform his magic and go to parties and show off his skills for people, and they loved it just as much in the states as they did across the pond.

It was back in 2016 that he had the idea to start a social media channel focused on his magic and his illusions. He did not know at the time, but the videos he began posting online in 2016 would eventually gain him more than 20 million fans across the internet, make him a famous face, and shoot him into a world that he only dreamed of being part of when he was younger.

6. He is Not Into Professional Quality

One thing that he is consistent about is that he is not going to waste his time focused on being a quality content creator. Let us clarify – he makes quality videos and content, but he also doesn’t focus the professional quality of his videos. He’s not a Hollywood movie-maker, so he doesn’t try to be one. His videos are real and imperfect, and that works for him.

7. He Asks Himself One Question

Every time he has a concept or an idea that brings him to the point of wanting to create a video or a post, he asks himself if people want to share it. If he cannot come up with a satisfactory answer about how people will want to share his video, if it’s not a feel-good video, he will not make it.

8. He Believes in Getting to the Point

If there is one thing he advises people to do when they are creating content, it’s getting to the point. He wants to get to the point right away because he knows that most people haven’t the attention span to do anything other than focus on other things. He knows this, he makes it clear what his intention is right away, and he is not deviating from that.

9. He Has Some Drama in His Life

He and his ex-girlfriend, Madison Willow, broke up back in 2017. For a long time, the world thought their breakup occurred because she had to move back to the USA to take care of her own grandmother who was in poor health. However, a few months after they announced this to their fans, she then went public and said that she was young, he came up to her and offered her a chance to become famous with him, and then he abused her, took advantage of her, and verbally abused her for years. He’s denied these claims.

Despite the fact that he is a man with millions of followers, he doesn’t share too much about his personal life. He shares his girlfriends when he’s dating, but nothing that he finds too private. Most people know very little about him as a result.