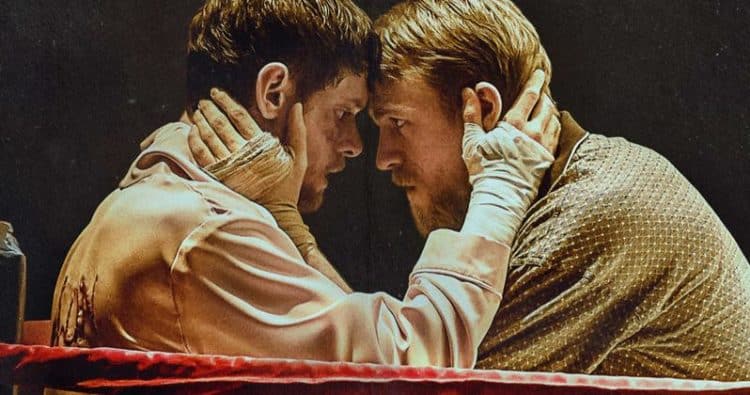 Charlie Hunnam has definitely been sticking around in a big way since he’s been in several movies at this point that might not have always been the most popular of the bunch, but have been quite as noticeable. This time around he might be seen as someone that means well but isn’t entirely as efficient as he could be, since the world of bare-knuckle boxing is one that should be kind of obvious when it comes to being sketchy. One could probably guess that it’s going to be coming to video on demand, but it should be available in early November, which means it’s not too far off, and anyone that happens to need their Hunnam fix won’t have too long to wait. The main point of the movie isn’t too hard to figure out since it has to do with a boxer that likely depends on his trainer and friend to get him the fights he needs and to take care of him when the fights are over. If anyone has ever seen the trouble a licensed boxer goes through and thinks that it’s fairly brutal, just think about what happens to a fighter that’s not wearing those heavily padded gloves. Bare-knuckle boxing is legal, believe it or not, in many areas, and it’s absolutely brutal since the impact of a fist to the face or body of an opponent is bound to be devastating if it lands squarely, and it’s hard to think that those that fight in this style would be able to sustain themselves for long since cumulative damage doesn’t harden one up as it does in the movies, but instead starts to break the body down that much quicker.

Does anyone wonder why so many athletes feel the need to retire at younger ages than many others? It’s true that some of them get lucky and retire as multimillionaires without too many health problems. But as toughened as some of these individuals are, a lot of them are bound to deal with serious health problems as the years continue to roll on. There are a variety of issues that boxers deal with as they get older, particularly due to the damage they take in the ring when they’re younger. Again, things have changed from the old days and such massive damage is monitored very carefully so that boxers don’t get old before their time and are able to do what they enjoy for as long as they can. But the body doesn’t get stronger as we age, and it certainly doesn’t replenish itself as one might want to think. If a boxer takes a massive amount of damage in the ring over a period of time, their body will begin to reflect this as they grow older and will be far more susceptible to many health concerns that come later on. Bare-knuckle boxing isn’t quite as dangerous as other sports, that much is true, but it’s still a risky sport, and not just because of unsanctioned bouts that cause boxers and their trainers to go into debt if they lose.

Jungleland is bound to show the dark underside of this world and the dangers that it can bring along with it, as well as the uncertain triumphs that can be accomplished if one is willing to stay the course and get their head kicked in a bit along the way. That’s the thing with boxing, only the very lucky are able to get in and then out of it without any lasting damage, and there are precious few individuals that are bound to be this lucky. But the movie is likely going to go into what happens when a boxer’s mind is taken off of the fight, usually by someone that they feel a connection with that will question the reason behind why they fight and what it means to them. This is typically dangerous for a boxer in a movie since it means that their mind won’t always be on the fight and they’ll begin to question their trainer and their place in the ring, which is a risky proposition since getting into a ring with another person that’s intent on knocking your head around like a pinata isn’t a smart move. Boxers normally need to have their head in the game and their eyes on the prize, to use a couple of well-worn cliches. Anything that distracts from the goal of being the one standing at the end of the bout is likely to get a boxer hurt and even killed in some cases. In the dark underworld that appears to exist in this movie, it’s likely to be one of the worst ideas possible. Right now this looks like a movie that might be worth watching, if only because it could be a compelling story.