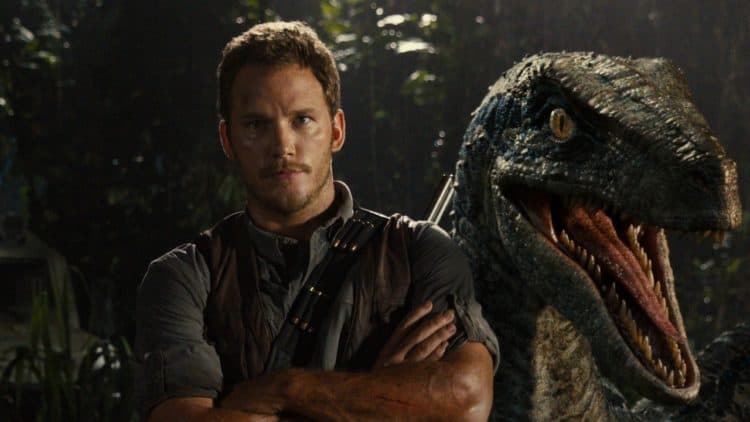 Scott Campbell of We Got This Covered has made it pretty clear that Jurassic World: Dominion might not be the final movie in the Jurassic Park franchise, but one dissenting thought is that it probably should be. Considering the reaction to Fallen Kingdom it’s kind of hard to think that a TV show, which is apparently in the works at the moment, would be that good of an idea since it would be taking an epic tale and attempting to pack it into a series that would be trying to capitalize on something that’s a little too big for TV.  Plus, at this point in his career it’s hard to see Chris Pratt doing more than a few TV appearances since his price is no doubt going to skyrocket and be far too much for a TV budget given his role in the past two movies. In a big way it’s as though someone is attempting to stuff ten pounds worth of story into a two-pound script that will be expected to run for however long the powers that be can milk it in a world where dinosaurs and human beings have been forced to coexist and possible fight for resources, space, and the right to survive. If people think the coronavirus is a serious thing, as it is, then living with dinosaurs would be even worse since it wouldn’t matter if a person went outside or stayed inside, the danger would remain about the same.

If anyone cares to remember this was tried on a small scale with Jurassic Park:  The Lost World, when a mother T.Rex and her baby, along with several other dinosaurs, were desired by the Ingen company for use as exhibits. When Ian Malcolm and his girlfriend Sarah liberated the T.Rex and her baby in a heavily populated city however pandemonium ensued since the Rex, not knowing anything other than that the screaming, running things called humans were a possible food source, ran rampant throughout the city while looking for her young one. Now think of an entire horde of dinosaurs that can reproduce since they’re completely capable, are insanely dangerous since bullets don’t work as well as they might on other animals, and are openly aggressive since the carnivores see everything as a possible food source. It’s easy to see just how this could be thought of as a viable series, but the budget need to create the dinosaurs and to hire on notable actors that could make this entire thing work sounds like something that would keep Pratt in the background and possibly only able to show up here and there in order to set the series on course as Scott Campbell mentions. Anything else might actually bankrupt the show from the start.

Creating a TV show based on a popular franchise however still feels like a poor way to go about it since it doesn’t really matter that Universal might think of leaving the franchise alone as wasting its potential, they’re thinking of wasting it on TV where it’s not going to have the same kick to it. Think of it this way, people love the Jurassic Park and World movies because they’re unique, they come out every so often and they’re a big deal when they do come out. Bringing this to TV would make it another ho-hum moment that people might talk about for a while and then criticize as it begins to fade into another soap opera that begins to decline as the years go by. It sounds a bit pessimistic to say such things, but it’s also the truth that many shows that have stemmed from movies haven’t done nearly as well in the past, and the trend isn’t swinging upward at this rate. it’s easy to see that Universal doesn’t think so and obviously thinks that letting the Jurassic Park franchise just sit around collecting dust would be a huge waste. But think of how it could be revived, think of how Jurassic World came from the remains of the Jurassic Park craze once part three was in the books and done. Jurassic World revived the franchise in a big way that allowed it to become popular once again and brought in new fans as well as older fans that can remember the original story. Why not play the long game and let it sit for a while in order to let people wonder if it will return? In a world where humanity and dinosaur either have to coexist or continually fight for dominance it might actually come out as an intriguing tale that could span for another trilogy with ease.

To be fair we’ll have to see just how Dominion is set to end, but that’s going to take a while since production is shut down at the moment thanks to the coronavirus. If the movie does feature an ending in which both humans and dinosaurs still exist though it might be better just to wait instead of making yet another cash grab. It’s not like Universal doesn’t have any other properties to exploit at this point.