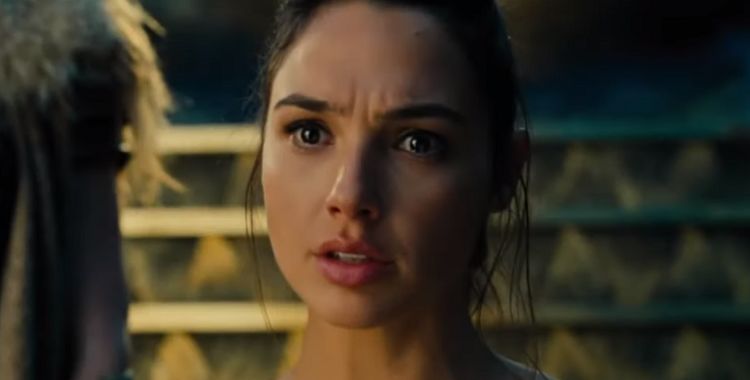 There can be no doubt about the fact that fandoms have a lot of passion poured into them. Sometimes, this results in unpleasant outcomes. Other times, fans can put out some pretty amazing stuff. For instance, a DC Comics fan has put out a trailer concept for a hypothetical Justice League follow-up, which puts a huge emphasis on the character called Darkseid.

Why Are People Expecting Darkseid For Justice League 2?

On the whole, the choice of Darkseid isn’t a huge leap for the fan. After all, Justice League featured Steppenwolf as its main antagonist. Since Steppenwolf is one of Darkseid’s subordinates, it would make sense for a hypothetical Justice League follow-up to continue that narrative by featuring the latter as its main antagonist. This is particularly true because Darkseid is one of the DC Comics supervillains with a fair amount of hype built up behind him, thus making him a most suitable choice.

Who Is Darkseid Anyways?

By this point, people might be wondering who Darkseid is supposed to be. Unfortunately, the answer is a bit complicated, not least because he is a character hailing from the cosmic part of the DC Comics setting.

In short, the DC Comics setting has entities called New Gods. They are called thus because they are supposed to be the new gods that have come into existence after the old gods of classical mythology were destroyed, thus making their name very literal to say the least. However, the New Gods are not united but rather divided into two camps dwelling upon the two worlds called New Genesis and Apokolips. The first is what a lot of people would consider to be a paradise world filled with lush expanses of green. In contrast, the second is a burned-out hellhole with plenty of fire-pits situated throughout the place. Currently, New Genesis and Apokolips are unusual in that they exist outside of the DC Comics setting’s multiverse, meaning that there is one version and no more than one version of the two worlds.

It isn’t wholly accurate to say that the New Gods of New Genesis are good while the New Gods of Apokolips are evil. However, that is useful enough as a general assessment of the situation. New Genesis is presided over by the character called Highfather, but it is Apokolips presided over by Darkseid that receives the bulk of the New Gods’ appearances in DC Comics. This is particularly true because while Darkseid was introduced in comic books related to the New Gods, he has long since become an opponent for a very wide range of other superheroes as well.

Based on the name, it should come as no surprise to learn that Darkseid is very bad news. In fact, it should be mentioned that Darkseid is sometimes said to be the literal God of Tyranny in the DC Comics setting, which makes it perhaps unsurprising to learn that he wants to eliminate free will throughout the multiverse so that he can rule unchallenged even in other people’s thoughts.

To achieve this aim, Darkseid has a number of assets at his disposal. First and foremost, Darkseid is one of the strongest New Gods, which is pretty notable when one considers the fact that the average New God is already a huge step-up by human standards. As such, the character boasts the standard super package, meaning the super strength, super speed, and so on and so forth needed to throw down with the top names when it comes to DC Comics’s superheroes. On top of that, it should be mentioned that Darkseid tends to be depicted with a wide range of more exotic powers, with examples ranging from the creation of avatars to act where he is not present to the consumption of other gods in order to restore himself. However, if one had to name a particularly iconic power for Darkseid, that would be the Omega Beams that he fires from either his eyes or his hands, which can either hit home with incredible force or outright erase those entities unfortunate enough to be targeted by them. There are very few characters that can survive this particular attack, not least because Darkseid has such exceptional control over it that he can make the beams travel in whatever course is needed for them to reach their intended destination.

Besides his personal capabilities, Darkseid has an army as well. Those who watched Justice League have already seen his parademons in actions, which make up the bulk of his military forces. However, it should be mentioned that Steppenwolf is just one of the many, many New Gods that serve Darkseid, meaning that he can call on a wide range of other characters with a wide range of other super powers. For example, DeSaad specializes in torture, which is perhaps unsurprising to those who recognize his name as a reference to the infamous Marquis de Sade. In contrast, Glorious Godfrey specializes in the manipulation of the masses, which is why he often shows up in stories in order to undermine the public’s trust in superheroes as a lead-up to something worse.

Are We Ever Going to See a Justice League 2?

At this point in time, there is no clear indication of whether interested individuals can expect a second Justice League movie or not. Originally, such a movie was supposed to have come out in June of 2019. However, since said date has already passed with no signs of said movie, it is clear that those original plans have long since been derailed.

Currently, the DC Comics movies are doing better than what a lot of people would’ve expected from just a few years ago. The Batman and Superman movies have been met with a somewhat mixed response, but the Wonder Woman, Aquaman, and even Shazam movies have been met with much more positivity. As such, the chances of another crossover movie happening at some point seem pretty good, though the chances of a direct sequel to Justice League seem much, much lower, particularly since Ben Affleck has already bowed out of the franchise. Having said that, if people are curious about Darkseid, it is interesting to note that he is expected to show up in a New Gods movie, which is perhaps as it should be.