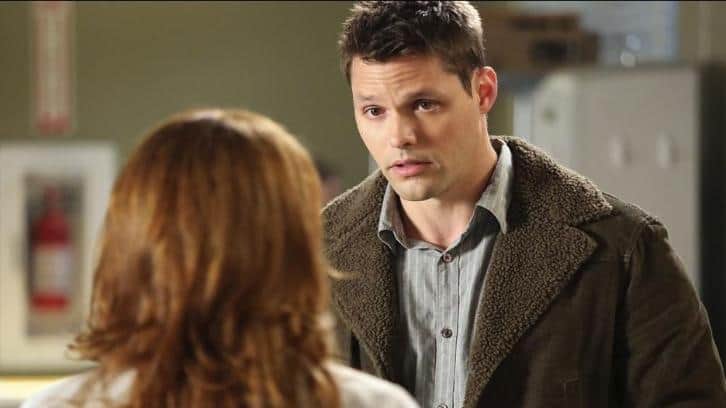 If you’ve seen the new Netflix series, Sweet Magnolias, chances are you’re already fallen in love with the talented Justin Bruening. Â However, Sweet Magnolias probably isn’t the only thing you recognize Justin from. He’s had a very successful career and has appeared in some popular shows like Grey’s Anatomy, All My Children, and Hawaii Five-O. Â Justin’s good looks and charming demeanor have made it easy for him to play the irresistible love interest. Even if you aren’t familiar with Justin by name, the truth is that once you see his handsome face, you definitely won’t forget it. Continue reading for 10 things you didn’t know about Justin Bruening.

Justin’s good looks have been getting him attention long before he became in actor. Prior to his acting career, Justin worked as a model. After moving to California, he was discovered by a modeling agent in a local McDonald’s. He his first modeling job was with Abercrombie and Fitch.

Justin is definitely the kind of celebrity who prefers to keep his personal life out of the spotlight, so it’s not easy to gather lots of details about his private life. However, we do know that he is a devoted family man. He is married to his former All My Children cast mate, Alexa Havins, and the two have three children together.

Justin Bruening is from a very small town in Nebraska that probably isn’t too different from the town his character from Sweet Magnolias lives in. Justin’s hometown, St. Helena, had a population of less than 100 for most of his life. Although he is proud of where he’s from, he was excited to eventually leave and move to a major city.

For most people, going to high school is a chance to meet lots of people and be surrounded by new faces. However, that wasn’t Justin’s high school experience. One of the things that comes with living in a small town is also going to a small school. When Justin graduated from high school, his class only had 9 students.

Throughout his career, Justin has mainly been cast in roles where he plays the ‘good guy’. He’s usually the friendly neighbor and the perfect love interest. But while lots of actors dread the idea of being typecast, Justin doesn’t mind. He says, “it’s not a bad thing to be the nice guy“.

6. He Thought His Character On Sweet Magnolias Was Going To Die

Everybody who gets a part on a series hopes that their character will continue to be a part of the show. But when Justin initially learned about his character in Sweet Magnolias, his agent told him that he’s only be around for 10 episodes. So Justin took that to mean he’d be killed off after a few episodes. He said, “I start reading the book and realized this character is awesome. He’s truly a great guy…Then I flip to the end and was like, huh, I’m still alive. What was going on?”

7. He’s Excited To Branch Out

Being typecast in Hollywood could be a good thing or a very suffocating thing. Although Justin doesn’t mind being typecast as the good guy, he does hope that he eventually gets the opportunity to play other types of roles. After all, he wouldn’t be the first good looking guy to take on a role that shows off his dark side.

8. He Initially Thought He Was Being Cast In Steel Magnolias

When Justin first heard about the opportunity for Sweet Magnolias, he and his wife accidentally assumed that his agent meant Steel Magnolia. In his excitement, he purchased Steel Magnolias from iTunes and started watching. Eventually he realized things weren’t adding up and the projects were not one in the same.

9. He Auditioned For 20 Different Roles On Grey’s

Before being cast on Grey’s Anatomy, Justin was a huge fan of the show. He told TV Insider, “I had auditioned 20 times for 20 different characters on that show. The casting director, Linda Lowry, told me there was one [earlier] role the producer wanted me for but she said, ‘Look, if you use him you can’t use him again so maybe save him for something else?'”

Justin knows what he wants and he already has his sights set on the type of role he’d like to play down the line. He says he “would like to do the Daniel Ketch version of Ghost Rider”.Â This role would definitely give him the chance to show off the wide range of his acting skills.

So What is a Cold Open Anyway?