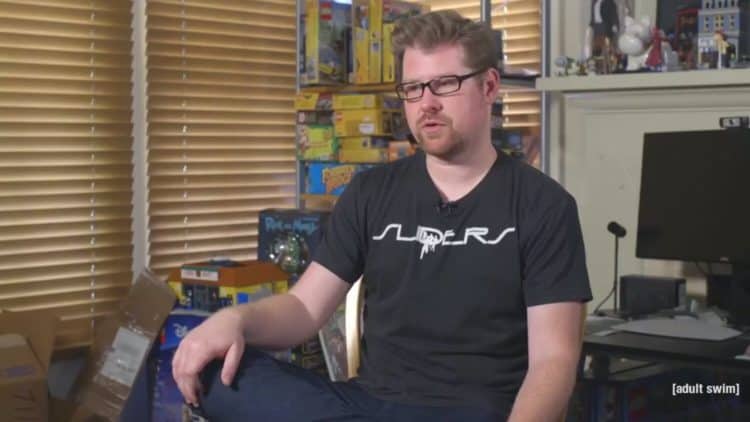 Justin Roiland definitely caters to a different crowd that happens to love his zany ideas since Gloop World really does sound like another nutty invention from the type of mind that would help to come up with Rick and Morty. But really if people get into this then he’s obviously on to something since the whole idea of taking what sounds like a nutty idea about characters that are basically just blobs of clay apparently has already piqued the interest of several people, Joey Paur of GeekTyrant being among them. Ideas such as this do make it hard for people to wonder just why other ideas might not be as popular, but then again there is a certain formula for developing an idea, creating something that people want to watch, and then executing it in a way that will get people to pay attention. Finding a way to bring all those elements together in a manner that will prove to be lucrative sometimes appears to be as difficult as climbing a mountain with minimal gear, but apparently for some the effort has been worth it and the outcome has been highly successful despite how nutty the resulting material is. Roiland had this to say about his upcoming project:

“Gloop World has been a dream of mine to make for almost seven years. A tactile clay animation show with a mysterious, weird, and expansive world and really fun characters, fingerprints and all. I couldn’t have done this without the folks at Stoopid Buddy Stoodios who understood exactly what I meant when I wanted the clay animation to have an imperfect approach, where you can see the animators in the work. I want the Gloop characters to feel like you can reach into your phone and grab them yourself. Can’t wait to share this weird silly show with the world!”

To be fair a lot of ideas tend to appear very silly to some folks largely because we perceive them as different and in some ways just too out there to grasp. Roiland has created a sizable fan base however and it’s very likely that a lot if not all of them will follow their interest in his work over to Gloop World when the time comes. Thinking that anyone would be want to be left out of this type of creation is kind of hard to do since not only has Roiland’s co-creation, Rick and Morty, become a sensation for many, it’s also become a trend that a lot of people wanted in on and stuck around to enjoy when they really got into the show. For those of us that haven’t gone racing down the insane rabbit hole that was created it might feel like a chance that we either missed or that we don’t lament, but Gloop World is already sounding like something that will be slightly more grounded than Rick and Morty but crazy in its own right as well. Erik Pedersen of Deadline has more to say on the matter.

Claymation is something that a lot of us enjoyed as kids and it’s also a medium that has been brought into adulthood a time or two throughout several different shows in order to create a bit of whimsy to an otherwise live-action dominant world that can’t always stretch the limits of reality or physiology. Whether or not Roiland was thinking of that when the idea came to him is hard to say since he’s admitted to being fascinated with Gumby for quite some time and admits that this is where a big part of his idea for Gloop World came from. Whether it’s a hit or not, and it’s hard to think of anything Roiland does at this point to be anything but in the eyes of the fans, it’s an idea that he’s been harboring for a while and one that he’s been excited to share with anyone that wants to listen. Some might want to say that entertainment value has gone down the tubes when adults are willing to sit around and watch animated series that are likely designed for those that love to get stoned and watch the pretty colors slide by on the screen, but that might sound a little hypocritical to be certain.

After all, every holiday we get together and reminisce over holiday classics that are claymation as well and don’t say boo to the talking snowmen, reindeer, mythical and legendary characters, do we? So yeah, Gloop World does sound a bit odd and off-beat and the idea of it might make some people scrunch up their faces when thinking just how this is going to be any more entertaining than the average cartoon, but Roiland is fully ready to keep pushing the idea and it’s more than apparent that people are willing to respond in a positive manner as they enjoy the show..