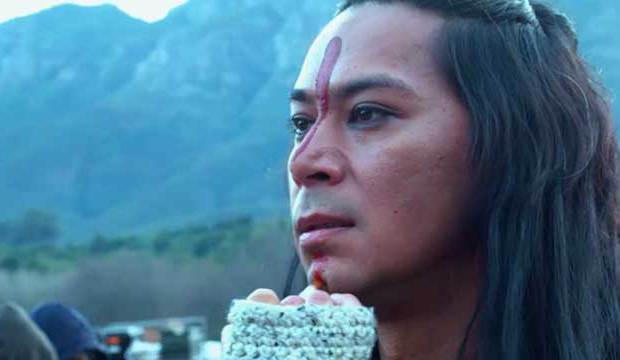 Kalani Queypo is one of the lead characters on the hit new show, “Trickster,” that’s being shown on CBC. He’s starring alongside the faces of a few well-known people and some brand-new stars who are doing nothing short of shining with this sleeper hit. He’s one of the men fans might recognize from his older roles, but we thought it might be time to get to know a bit more about him. He’s going to be in the news a lot considering he’s taken on this role, and it seems like everyone on the show is about to become a huge star.

Kalani was born on September 6, 1986. This means he just celebrated his 34th birthday in 2020. He was born and raised in Hawaii with his family. He grew up on the islands, and it was a very active, very fun time for him. Aside from the fact that he got to grow up without social media and phones, he was also able to spend his childhood outdoors, playing, and having fun.

2. He’s Always Been a Dancer

His family has always been into the arts, so it’s not a surprise that he was able to focus on dancing as a child. He’s always been artistic as a hula dancer, and he was classically trained as a hula dancer. Growing up in Hawaii, this is not a shocking surprise. Many people here learn the classic art of hula, and it’s beautiful and customary.

3. He Lost His Father

His was raised primarily by his mother, who was a single mother after the loss of his father. He was only nine when his father died, which means he spent the bulk of his memorable childhood without his dad. It has to be a crushing situation to lose a parent at that age, but he had his mother there to help raise him, and that was something he appreciated.

4. He Had Different Dreams

Growing up, Kalani had a dream. He actually had two dreams. He was going to finish school, go to college, and he was going to become a lawyer. Following that, he was going to work as a news anchor for a media outlet. He didn’t realize at the time that he could do anything that he wanted, including being both of those things and an actor.

5. He Moved to New York After High School

As he got a little older, he began to realize that the arts were calling his name. He wanted to act, but he knew that his opportunities were a little more limited being in Hawaii and not close to auditions and open castings. He decided to take it upon himself to move far away from home, and that’s when he left for New York.

Kalan Queypo is one of the founding members of a very important committee. The National American Indian Committee at SAG/AFTRA is part of what he founded. He worked very hard to bring this committee to life with a few other people, and he is very happy that they were able to do so.

Growing up, he watched movies and television just like anyone else, but he noticed one thing. “I didn’t see a lot of people who looked like me or looked like my family,” on screen, he said. To be able to represent the people who look like him on television and in the movies is a huge deal, and it is not one he takes for granted in any capacity.

He spent a lot of time in New York. He lived with a friend who offered him a place to stay. He had all of $500 in his pocket, and he didn’t have much else. He immersed himself into acting classes and dance lessons and did all he could to perfect his talent. He later moved to LA and he’s been living and working there for some time.

Kalani is nothing if not a positive thinker. He has a lot to offer the world, and he’s aware of it. He’s positive that he will one day have a major role that will allow him to share so much more of who he is and what he’s capable of doing, and he’s not going to give up hope.

When he’s not working or spending time with the people most important to him, he’s absolutely in the middle of doing other things he enjoys. However, he mostly keeps that part of his life to himself. He does not feel the overwhelming need to spend his time sharing everything with the world, and that’s refreshing.