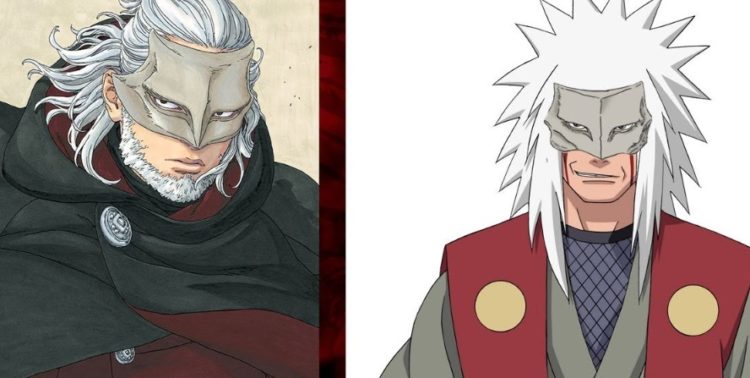 Naruto and Boruto fans likely know who Kashin Koji is without being asked since he’s one of the more famous names in the series and someone that a lot of characters wouldn’t willingly go against if they know him. In a series where ninjas are more commonplace and only the greatest among them are to be feared Koji still stands pretty tall since he’s among those that are powerful enough and even arrogant enough to realize when someone is far beneath him. The skill and confidence he has in his own abilities kind of shows through in the animated program since the kind of skill he possesses isn’t something that just anyone is going to be able to learn. But the mystique that he comes with is kind of interesting since there are a lot of rumors and gossip surrounding him that many think are true and might tell a very interesting story about the character.

Here are a few things about Koji you might not have known.

10. He’s one of the most cutthroat villains in Boruto.

He’s killed fellow assassins in the past just because they did something wrong and he’s not that forgiving. Koji is perhaps one of the most ruthless people in the series and yet he keeps himself so well-composed most times that it’s hard to say when he’s going to snap.

9. Koji is much more than just a ninja with a sword.

Renaldo Matadeen from CBR has stated plenty of ways in which Koji is far above the average ninja, and even more ways that he’s above some of those that are seen as among the most powerful characters in the series. He’s not a character to mess around with, that much is certain.

There are a few good reasons that have been listed as to why Koji might be very close to Naruto and they’ve been explained very well by a few people that are well aware of how mysterious the character is and how integrated into the story he’s become.

There’s no real confusion with what Koji is going to do once he’s put into motion since he comes at his target without much else than intent and the ability to put down just about anyone he comes up against. That’s kind of dogged determination that some characters are given and it’s almost scary in a way since they don’t tend to quit or even think of anything other than the possible outcomes.

6. Koji is a main antagonist in the Boruto series.

Every story has at least one or two main antagonists that are far above the others that might come and go throughout the story. Koji is one of those that is definitely considered a major threat since he can do so much and is able to sneak up on just about anyone.

Even Koji has his limits when it comes to people, and anyone that’s brash and hot-headed doesn’t stand much of a chance with him since he’s a very calm and composed individual that doesn’t suffer fools gladly. This is usually a quality that only the most dangerous antagonists possess since they tend to realize the value of calm and poise to a degree that showing anything less is an insult to their sensibilities.

This is supposedly an ability that is only shared by a few people in the series and to think that he has this ability means that he is definitely someone that’s not to be messed with lightly. Plus, having someone summon a giant toad out of nowhere is definitely something that might wreak havoc with a battle plan.

3. Koji can use fire and earth techniques.

This is something that makes him a rather big threat since the versatility he’s shown thus far in the series is something that puts him well above a common threat and also makes it known that he’s not about to go down easily. Being able to summon pillars of earth from the ground is something that you can imagine is quite useful as cover or in a fight.

2. He made his way through the barrier surrounding Konoha without any trouble.

This is another reason why it’s believed that he has such a big connection with the main protagonist of the story, since the barrier is designed to keep most people out unless they have a connection to the village.

1. Koji is a very persuasive individual.

When it comes to being a ninja it’s not all about cutting people down and spilling blood to make a point. Sometimes a wise ninja has to know when to persuade someone to do something, or to their cause, or that the fight that lies ahead wouldn’t be the best idea. Ninja’s are obviously skilled at more than just fighting.

There’s no doubt he’s just as dangerous as he is mysterious.