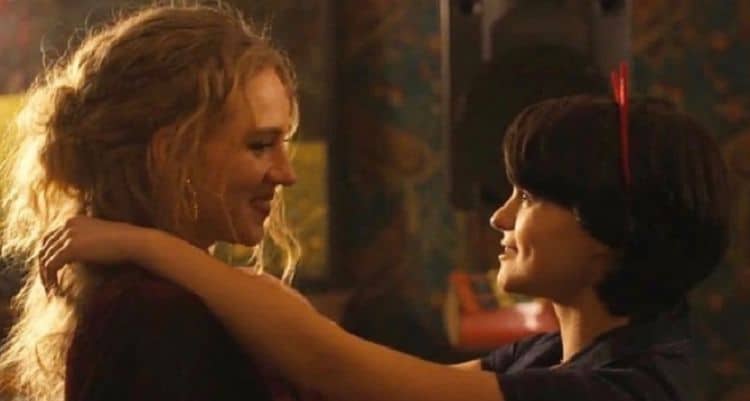 Their name is Kat Cunning, and you know them from their roles in shows like “The Deuce,” in which they costars with some pretty famous celebrities. They are an immensely talented actor who is bringing their A-game to every role they take on, but we are finding out that while everyone recognizes their name and face, very few people know that much about them. We want to take that, change that, and make that something that isn’t the problem any longer. They are so talented, and they should be someone we all know more about.

Kat Cunning is their name, but it’s not their name, you know what we mean? Their name is actually Katrina Cunningham, but it’s a lot to take on. Cunning decided at some point in their career to shorten their entire name to Kat Cunning rather than going with the full version. We like that they still use their name rather than something so totally out there that’s not even related.

2. They are From Oregon

Born and raised in Oregon, but we don’t know specifically where. It’s such a beautiful state, though, so we imagine that anywhere Cunning grew up is a place that’s just as amazing as the next. From the beautiful coastline to the mountains to the vineyards, it’s a place that really is just so good.

3. Why We Say Them and Their Rather than Her and She

4. They are Not the Only Non-Binary Actor on Trinkets

You know that Cunning stars on “Trinkets,” a Netflix series about a girl by the name of Tabitha, who is portrayed by Quintessa Swindell. However, they both prefer to use they and their and them because they are both non-binary. They are also working hard to make this something that people view as no different than being a man or a woman.

“Trinkets” is such a cool show for them to be on because she’s someone who is a lot like their character. Their character is Sabine, who is also identifies as queer and as a singer. Cunning is the same in their real life, so this is something that works well for the actor. It’s fun to get to play yourself when you are on a television series. You spend so much time playing people who might not be much like you at all, so getting to play someone who is might be a very cool situation.

7. They Are Happy Things are Changing

Growing up ‘different’ from everyone else is hard for people. However, we also want to take a moment to point that we think everyone feels that way growing up. We are all different, and it doesn’t always mean that we don’t like the same things or that we don’t have the same feelings. However, growing up as someone who is non-binary and queer is difficult when the world was not the same place then as it is now. They are very happy that the world is becoming more progressive more quickly.

8. They Changed Their Tone

Their music was something that was deeply personal for a very long time. They wanted to share their pain and their trauma and their experience, and they loved that so many people recognized and felt the same way. However, there was a time when Cunning began to feel that they were exploiting themselves with the lyrics and the music that they were writing, and that’s when they began to change their way of writing and the tone being used. It’s a wonderful example of how people grow when they don’t even expect it.

They didn’t have to grow up in Greece to still be very Greek. Their family is Greek, and their name is Greek. Katrina means “artist/painter,” in Greek, which ended up being a wonderful name for the actor. Considering that they turned into an artist, it’s something that might have been a bit of a foreshadow.

10. They Have Big Influences

Cunning has some big influences that mean a lot. Growing up, they looked up to people like Judy Garland, who has such beauty and grace. Laos people like Justin Timberlake, who is also someone who has so much talent. There are more, but we just love these two equally as much.