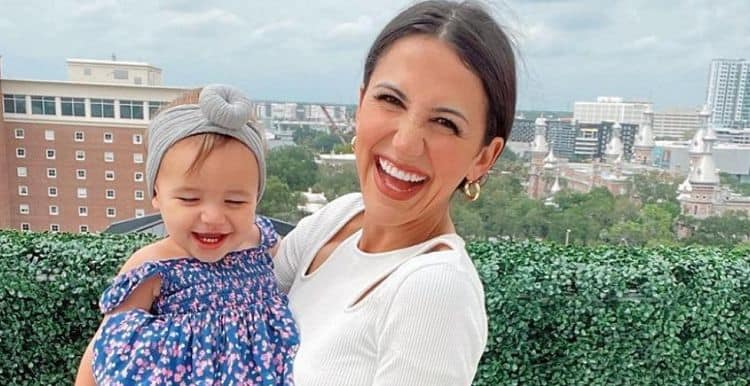 There are lots of perks that come with living life in the spotlight. One of the downsides, however, is the fact that your worst moments are often put on display for the world to see. This is something that Kat Stickler is currently dealing with after news broke that she and her husband, Mike, would be getting a divorce. The news came as a big blow their massive online following because their relationship had become a major part of their brand. Despite the end of the relationship, Kat seems to be ready and willing to keep moving forward and creating content that millions of people have come to love her for. Here are 10 things you didn’t know about Kat Stickler.

There are lots of influencers who like to be secretive about where they’re located, but not Kat. She is from the Tampa area and she’s very proud of it. Thanks to the popularity she’s built on social media, she has become somewhat of a local celebrity in the area.

Sure, we all need food to stay alive, but all of the foodies out there will be happy to tell you that food is about much more than just putting nutrients in our bodies. Kat loves trying different foods and she even likes to get in the kitchen and experiment with different recipes.

3. She Doesn’t Let Negative Comments Get To Her

Kat has gotten a lot of love and support since starting her social media journey, but she’s also had her fair share of haters. Although nobody likes to be bombarded with negative comments, Kat has learned how to ignore them and not let them get under her skin. Since announcing her divorce, she has had to deal with countless people who have openly judged her situation but doing a great job of ignoring them.

Most people know that being good to yourself is the first step to being able to be good to other people. But, it’s not always easy for people to prioritize themselves. Kat, however, is making it a point to focus on self-care by doing the things she needs to do to allow herself to rest and recharge.

5. She Hopes To Be On Saturday Night Live One Day

If you’ve ever seen any of Kat’s content, you know that making people laugh is one of her favorite things to do. Even though she’s really grateful for the fan base she’s built online, she hopes to one day take her talents to the world of TV. One of her goals is to eventually perform on Saturday Night Live.

6. She Always Wanted To Be TikTok Famous

Most social media influencers will tell you that when they first started posting content online they were doing it for fun and had no intentions of blowing up. That isn’t true for Kat, though. She has always wanted to be famous on TikTok. When she found herself with a little extra time on her hands during the pandemic, she decided that she should give the platform a try.

7. She Loves Being Outside

Just because Kat spends most of her time in front of a camera recording videos for the internet doesn’t mean that she likes to stay in the house all day. Kat enjoys spending time outdoors and taking advantage of all of the beautiful weather that Tampa has to offer.

8. She’s Looking Forward To Moving On

Getting over a long relationship — especially a marriage — isn’t an easy thing to do. Kat knows that she has a long road ahead of her, but she’s looking forward to going through the healing process and making space in her life to have new experiences. Fortunately for her and Mike, they seem to be on good terms which should make the split easier.

9. She Enjoys Connecting With Her Followers

Kat is extremely grateful to be making money by doing something she loves, and she has nothing but love for all of the people who have supported her along the way. Kate always looks forward to getting the chance to interact with her followers across her various platforms.

10. She Has Explained The Reason For The Split

When Kat and Mike revealed that they were splitting, most people’s first question was “why?” However, Kat hasn’t gone into detail about the reason for the split between her and her husband and she likely never will. Instead, the couple prefers to handle the situation with as much privacy as possible.