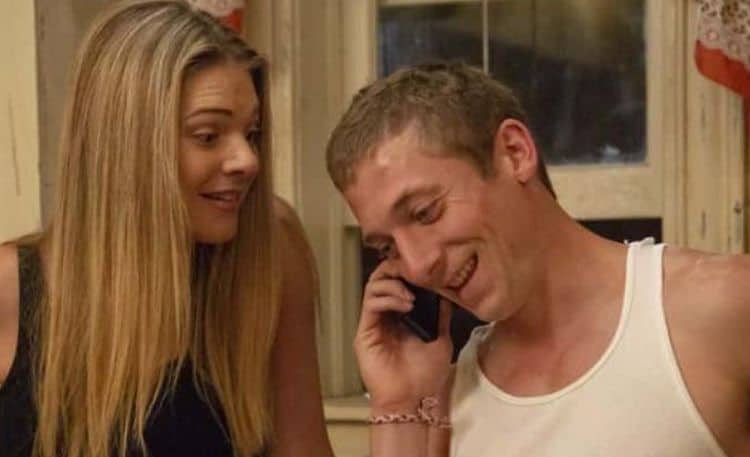 If you’re a fan of the show Shameless than Kate Miner’s face is one you’ve probably gotten pretty familiar with. Kate joined the cast in 2018 and she has been a part of the cast ever since. Prior to becoming part of the cast, Kate was best-known for playing Sheera Kane in Necessary Roughness. She also made guest appearances in popular shows such as Grey’s Anatomy and Two and a Half Men. Although Shameless is approaching its final season, there’s a very good chance that we haven’t seen the last of Kate. With her level of talent and her dedication to craft, Kate will probably have some big projects in the near future.  Continue reading to learn 10 things you didn’t know about Kate Miner.

Kate was born in the Minneapolis area where she made lots of memories as a child. She grew up splitting her time between Minnesota and California which gave her easy access to opportunities when the time came to pursue acting. She currently lives in the Los Angeles area.

Becoming a musician wasn’t always something Kate envisioned for herself. In fact, she didn’t even get into music until 2012 when her husband, who is also a musician, needed some female vocals and asked if she’s be interested. During an interview with The Crutcher Marin she said, “I found I really enjoyed playing music and songwriting. It was a surprise to both of us how naturally it all came together and how much we enjoyed writing together.” Kate and her husband have since formed a band together called Miner.

3. She Studied At The University of California

Kate’s journey to becoming a professional actress is a little different than most. She attended college at the University of California but didn’t major in theater – or even anything arts related. Instead, she studied biotechnology and political science. It’s unclear whether or not she earned her degree.

4. Her Husband Was Her College Sweetheart

Kate may have gone to college to get an education, but she ended up leaving with much more than that. She met her husband, Justin Miner, while in college and the two have been inseparable ever since. They tied the knot in the summer of 2012. During an interview with Meaww Miner mentioned that she had a child, but we weren’t able to locate this information on any other source.

5. She Got Into Acting In High School

There are lots of actors who have memories of themselves putting on performances when they were so young that they couldn’t even speak clearly. Kate’s interest in acting developed a little later, though. She told The Crutcher Marin, “I started doing theater in high school and was approached by a talent scout who saw a performance of Guy and Dolls that I was in. A few years later I moved to Los Angeles for college and started auditioning all the time. I was fortunate enough for my passion to turn into a career.”

The world is such a big and beautiful place that it’s not even possible to imagine all of the variety that it has to offer. Kate is the kind of person who likes to get out and see as much as she can. She has been fortunate to be able to do lots of traveling. Some of the places she’s visited include Rome and Hawaii.

The fact that Kate is a natural in front of the camera doesn’t just include her work as an actress. She has also had a very successful career as a model. Over the years she has gotten the chance to work with several major companies including Abercrombie and Fitch and Victoria’s Secret.

8. Huntington’s Disease Runs In Her Family

No matter how healthy of a lifestyle you try to lead, there will always be things that are out of your control due to genetics. A few years ago, Kate found out that Huntington’s Disease runs in her family. According to the Mayo Clinic, “Huntington’s disease is a rare, inherited disease that causes the progressive breakdown (degeneration) of nerve cells in the brain. Huntington’s disease has a broad impact on a person’s functional abilities and usually results in movement, thinking (cognitive) and psychiatric disorders.” Kate tested negative for the gene that carries the disease, but her sisters tested positive.

In some ways, Kate’s music has gotten her just as many opportunities as her acting has. In 2017, she and the rest of Miner traveled to Vatican City to perform. While there she also made a brief documentary. Not only was the trip a chance to raise awareness about Huntington’s Disease, but Kate also got to meet Pope Francis while she was there.

Kate spends a lot of time working, but when she does get the chance to take a break one of her favorite things to do is spend time outdoors. She loves taking in the beauty of nature and exploring her surroundings. Some of her favorite outdoor activities include hiking and camping.