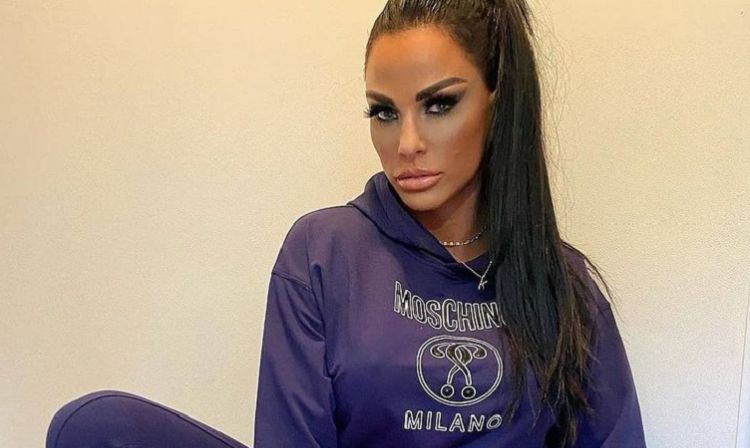 Who is Katie Price, you ask? Well, we can tell you. She’s a British model, businesswoman, and she’s a media personality. She’s a lot of things, but in the headlines for about a half-dozen things at the beginning of 2021 is the biggest. She’s been getting a lot of press in the new year, and it has her fans and people who don’t know much about her angling to learn more about the lovely model. So, we thought we’d do a little digging, find out what we can, and educate everyone about who she is.

If you don’t recognize her by the name Katie Price, perhaps you will recognize her by Jordan? It’s her stage name, and the one she used many times when she was a model. Of course, neither one is her real name. She was born Katrina Amy Alexandra Alexis Price, and we have no idea what made her parents decide she needed four names before her last.

She certainly doesn’t look like she’s in her 40s, but she is. She was born on May 22, 1978 in England. She hails from Brighton, which is located in East Sussex. She was an only child, and her mother’s name is Amy. Perhaps that is one reason that her parents chose to use the name Amy along with the rest of her names.

Her mother was left to raise her on her own when she was only four. Her father, Ray Infield, took off and left the baby and her mother to themselves. However, she was raised by her stepfather. Her mother married a builder. His name is Paul Price. She took on the name Price, and she allowed her daughter to have the same name. She went on to have a few younger half-siblings, as well.

She’s a woman who loves sports, and she’s quite good at them. She was a wonderful swimmer, and she was someone who excelled at the sport when she was going to school. she attended the Blatchington Mill School, and that’s where she learned to become a champion swimmer.

5. She’s Been Married a Few Times

Katie Price has been married three times, and she’s been divorced three times. She married Peter Andre in 2005, but she divorced him in 2009. She then married Alex Reid in 2010, and they divorced in 2011. She finally married Kieran Hayler in 2013, and her longest marriage ended in 2020.

6. She Has Five Kids

Katie Price is the mother of five kids. She welcomed her first son in 2002. His name is Harvey, and his father is a retired football player by the name of Dwight Yorke. She then had a second son in 2005, a daughter in 2007, another son in 2013, and a daughter in 2014. Her second and third kids are shared with her first husband. Her fourth and fifth children are shared with her third husband. She did not have any kids with her second husband.

7. Her Eldest Son Has Special Needs

Harvey, her almost 20-year-old son was diagnosed with a myriad of health issues as a child. He was born blind. He suffers from septo-optic dysplasia. He was later diagnosed as being on the autism spectrum. He also has Prader-Willi Syndrome. He is a child who needs a lot of care, and his mother was able to provide that for him.

She announced recently that she’s planning to marry a fourth time. She’s dating a man who is 11 years her junior. His name is Carl Woods, and he is someone with whom she said she will marry. Her own mom made jokes about her daughter getting married again when the two were on Piers Morgan’s talk show in Britain.

9. She’s Looking to Have Another Baby

She said just before the new year (2021) arrived that she was hopeful she’d be married or engaged with a baby on the way in the new year. She says she’s not getting any younger and that she needs to get things moving right now. We don’t know if she was joking, but she does seem serious about wanting a new baby.

She legally changed her name when she was old enough, and she’s been very open about her life ever since. She’s not trying to hide her feelings or her thoughts. She shares as much as she wants with the world, and that’s why so many of her fans love her.