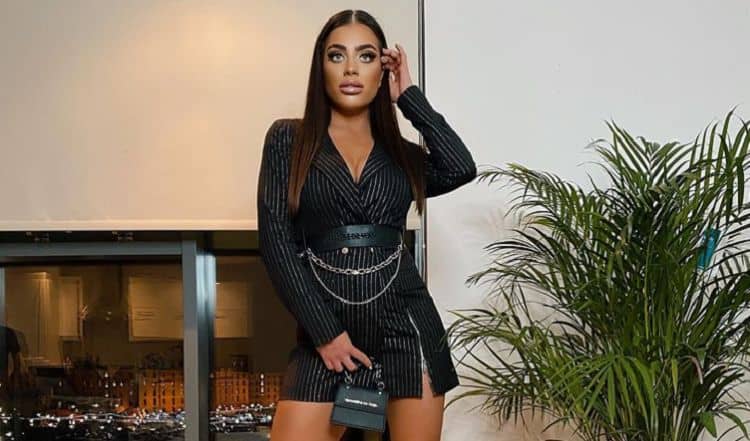 Does anyone remember Katie Salmon? She made herself famous when she was part of “Love Island,” back in 2016? Well, she’s making her name well-known once again, and it’s all because she dared to share her opinion and a homemade bikini on her social media profile. She made it clear to her followers that she’s not interested in a COVID-19 vaccination – an opinion shared by millions according to the many comments on social media articles, blog posts, and more – and that she’s not going to accept money to promote any tracing apps. She’s entitled to her opinion, but it seems that those who don’t like or agree with her opinion are unfollowing her rather than agreeing to disagree and simply scrolling past. That’s cancel culture for you, though. So, who is she for those of us who’ve never watched the show?

1. She Knows What She Wants in A Man

In her “Love Island,” biography, she says she’s a nightmare to live with. She doesn’t really expand upon that, but we can imagine it could be anything that makes her that way. Personally, someone who would be on my radar as a nightmare is a messy person. But, that’s not how everyone feels, and we are dying to know what makes her say that.

Honestly, it’s probably safe to say that most of us do. Most of us have at least a small temper, many of us have no patience, and a lot of people have a short fuse. It’s all right as long as you know how to manage it or when to walk away and take a few minutes to yourself.

She’s still young. She was born on November 24, 1995. She has a long life ahead of her, and she’s living it up every chance she gets. She works as a model. Specifically, she works as a glamour model. We don’t know enough about modeling to know what that means, exactly, but it’s her job.

She was born and raised in the United Kingdom. She’s from Liverpool, which is in England. She spent most of her life living there, and it’s where she’s currently living and working as far as we can tell from her social media posts.

If you take a few moments to scroll her Instagram feed, you’ll see confidence is nothing she’s lacking. Almost every single photo on her feed is herself, scantily clad and with a quick caption that tells you all she feels you need to know. Confidence is clearly a situation she’s good with, and that’s good.

7. She Feels Life is Short

It is, and we all know it. Some just know it more than others. She’s recognized that life is short and that it’s too short not to do precisely what you want to do, when you want to do it, how you want to do it. She’s not worried about what anyone else thinks, how they feel about her, or what they’re saying. She’s living her own life to the fullest, and she’s recommending you do the same.

She recently celebrated her 25th birthday, and she did it in a big way. She took herself on a trip to Dubai, she took a lot of photos, she did a lot of fun stuff, and she documented every moment of it on social media. She’s clearly enjoying her life.

She says she never smiles on the ‘gram, but that you will never find her not smiling in real life. We love that. A zest for life like her own is a good quality to have.

10. She’s Not Giving Much Away

It might sound silly when you look at her social media accounts since she literally shares herself in next to nothing, and occasionally wearing absolutely nothing, but she really doesn’t give too much away in terms of what she’s up to and how she’s living her life. She likes the travel and has a good time, but she’s not going to tell you who she is with or what she is doing, and we don’t even know if she’s single or seeing someone right now.