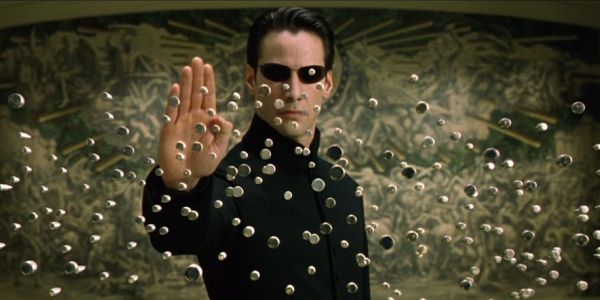 Remember when we brought you news that a resurrection of the series Firefly could happen if and only if Joss Whedon was involved?Â  We have something similar to that news but bigger.Â  Keanu Reeves said that he would 100% consider doing a fourth installment of The Matrix under one condition.Â Â  Here’s what he said:

This is welcomed news from the John Wick actor who’s been busy promoting the John Wick sequel.Â  Just last week everyone was talking about Bill and Ted’s Excellent Adventure 3 and making fun of a 50 something Reeves acting like Theodore Logan in the Graham Norton show.

But can you imagine a 50 something NEO?Â  I supposed in The Matrix age wouldn’t matter but it’s going to take a lot of make up for Trinity and Morpheus to reclaim their youth.Â Â  Even Reeves himself admits that making another Matrix movie would be weird. While the story of the Matrix trilogy does leave the Matrix intact and thus still leaves a possibility of a future story open, at the same time the story of Thomas Anderson, aka Neo, would seem to be over.

Fans aren’t exactly clamoring for a new Matrix anyway.Â  Still though, if the Wachowskis were in this thing it’d be interesting to talk about.