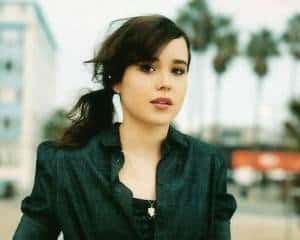 I don’t know about you guys, but for me, it’s hard to go wrong with HBO. Whenever it’s not airing its quirky and gritty dramas like True Blood or Treme, it’s sending out some absolutely hilarious comedies like Hung and Bored to Death. It’s really fun to write about these shows, and finally, HBO is acknowledging that — by creating a show about someone who writes about shows.

Tilda is HBO’s newest effort, a half-hour comedy pilot that will center around the titular character (played by Diane Keaton), who is a Hollywood online journalist. Tilda’s style of reporting is “no-holds-barred” (perhaps she’s more like Perez Hilton than she’s like me, but I still have a bit of empathy for her). Tilda also has an assistant in the form of the “morally conflicted” Carolyn (Ellen Page). It doesn’t seem like much of stretch that Carolyn will begin to take issue with some of Tilda’s “no-holds-barred” journalism (which sounds like a euphemism for libel). Page was last attached to HBO with the series Stitch’N (along with Arrested Development‘s Alia Shawkat).

Tilda is one of many new shows that HBO has lined up, including Dustin Hoffman’s Luck, Martin Scorsese’s Boardwalk Empire, the medieval fantasy Game of Thrones, Page’s aforementioned Stitch’N’, and David Fincher’s Mind Hunter.

Tilda, which begins production in June, is slated to premiere next year. Will I be watching? Most certainly. Maybe I can’t exactly empathize with Tilda, but she certainly does sound fascinating.