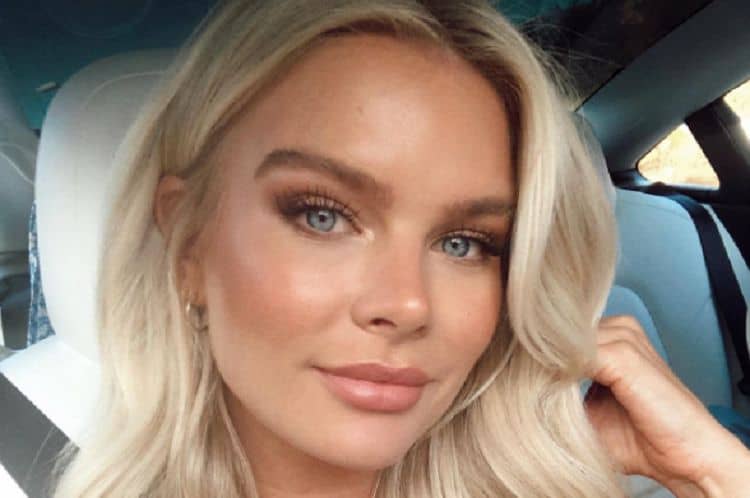 With good looks and lots of talent, most people would agree that Kelli Goss has some of the most important skills necessary to be a star. While there are some people out there who think she’s nothing more than a pretty face, Kelli has worked hard to show that there’s much to her than that. Now, she’s gotten a great chance to do just that thanks to her role in the new comedy series United States of Al. Despite being a lighthearted show, it’s giving Kelli a platform to share her talents with a wide audience and there’s no doubt that her fan base is going to grow with the show’s popularity. If you’re interested in learning more about the rising star, you’ve come to the right place. Keep reading for 10 things you didn’t know about Kelli Goss.

1. She Made Her On-Screen Debut In My Name Is Earl

Kelli has actually been acting for longer than many people realize. While she wasn’t exactly a child star, she was only about 15-years-old when she made her first on-screen appearance which was in an episode of My Name Is Earl. She reprised her role as young Joy in another episode of the show in 2009.

In 2020, Kelli shared that she was engaged to attorney Justin Wilmers. While the announcement was cause for celebration, some of Kelli’s followers decided to unfollow her on social media after hearing the news. It’s unclear why people would be salty that she’s getting married, but she didn’t let the haters bring her down.

Kelli comes from a close-knit family and she has strong bonds with her siblings. While she doesn’t have any children of her own, she takes great pride in her role as an aunt. At the moment, it doesn’t look like she has any nieces/nephew that are quite old enough to understand that their aunt is someone famous.

4. She Has A Large Social Media Following

The success that Kelli has found in her acting career has also resulted in her becoming very popular on social media. At the moment, she has 195,000 followers on Instagram and there’s no doubt that that number is going to continue to grow as she gets more opportunities over the years.

5. She Was In An Episode Of Grey’s Anatomy

Every actor hopes to get the chance to be a part of memorable projects that leave lasting impacts on viewers. Even though Kelli doesn’t have the longest resume, she can say that she’s done some cool things. She was in an episode of Grey’s Anatomy in 2018 as a character named Laura.

Kelli likes to look good during everything she does which naturally means that fashion is very important to her. Kelli has a great sense of style and she enjoys putting outfits together for any occasion. Whether she’s going out to a nice dinner or just having a chill day with her friends, Kelli is going to make sure that she’s looking stylish.

Some people may see Kelli’s pretty face and assume that she’s more worried about her looks than anything else, but that simply isn’t true. Kelli is all about living life to the fullest and she has an adventurous spirit. She loves doing things like going hiking, biking, golfing, and skiing.

8. She Enjoys Being Near The Water

Kelli was born and raised in Valencia, California which means that she’s no stranger to being surrounded by warm weather and beautiful beaches. Whenever Kelli gets the chance, you can usually find her somewhere by the water. From boating and swimming to simply soaking up some sun, Kelli is the kind of person who can’t get enough of the beach.

Despite not having any children Kelli has already assumed the role of a mother to her adorable fur baby, Teddy. Unfortunately, it doesn’t look like Teddy has her own Instagram account, but the good news is that she’s made quite a few appearances on Kelli’s profile.

Kelli has put in a lot of hard work to make sure that her body stays beach-ready all year long, but that doesn’t mean she can’t enjoy a sweet treat every once in a while. In an old interview with Maximo TV, Kelli shared that Mint Chip was her favorite ice cream flavor. She added that she’s tried plenty of other options over the years, but mint chip is a reliable option that she can always turn to.