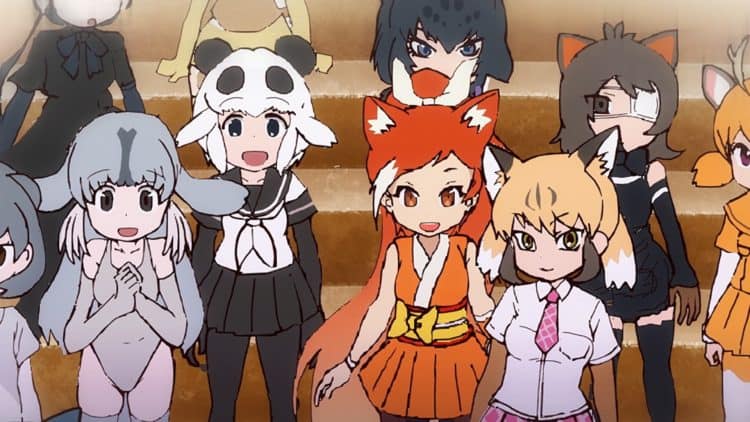 Kemono Friends is a Japanese media franchise centered on anthropomorphized animals called Friends. Although most people will be most familiar with it because of the anime series, it is interesting to note that it actually started out with a mobile game before going on to become something more. Here are 10 things that you may or may not have known about Kemono Friends:

The title of the series is very simple and straightforward in nature. After all, a literal translation of Kemono would be “animal.” With that said, there is in-setting meaning for the second part of the series name, seeing as how Friend is the term used for its anthropomorphized animals.

Kemono Friends is set in a place called Japari Park, which is a zoo that serves as home to a wide range of species. Said zoo is huge, as shown by the fact that it encompasses entire ecosystems.

Some of the species in Japari Park are very rare, so much so that they are considered to be on the edge of extinction in the real world. In fact, it is amusing to note that there are literally cryptids in Japari Park, seeing as how one of its residents is a Tsuchinoko, which is a kind of Japanese youkai that resembles nothing so much as a very plump snake.

The animals are anthropomorphized by a mysterious substance called Sandstar. The series doesn’t go into detail about what Sandstar is supposed to be, but to be perfectly honest, it doesn’t need to because that isn’t the point. Regardless, the result of the transformation are essentially what anime fans would call catgirls and other animal-eared girls, though it should be noted that the anthropomorphized animals are not limited to having animal ears as animal features.

5. The Anthropomorphized Animals Are Always Girls

It should be mentioned that the anthropomorphized animals are always girls. This is true even when the animal that was transformed was male rather than female. In fact, some of the Friends seen in the series were once male animals, which is why they retain animal features that are characteristic of male members of their species.

The Friends are threatened by monsters called Ceruleans, which feed on Sandstar. This is problematic for the Friends because if the Ceruleans eat the Sandstar contained in them, they will revert to their original selves. They won’t die, but since their previous selves weren’t sapient, this would result in a death of personality that isn’t much better than a death of body.

7. Direct Continuation of the Game

8. The Friends in the Anime Do Not Share the Same VAs As Their Mobile Game Counterparts

As a result, it is no coincidence that the Friends in the anime series are not voiced by the same VAs as the Friends in the mobile game. After all, while the characters look either the same or very similar, they aren’t the same characters. Even Serval doesn’t count because the implication is that she was a serval exposed to Sandstar, drained of Sandstar by a Cerulean, and then exposed to Sandstar a second time, meaning that her current personality isn’t the same as her previous personality.

The success of Kemono Friends resulted in promotions with a number of Japanese zoos. In one case, a cutout of the Humboldt Penguin character from the series seems to have won the affection of a penguin of said species named Grape-Kun, who would stare at the cutout for hours at a time. Unfortunately, Grape-Kun passed away because of medical complications, which is why the original cutout has been replaced with a new cutout showing the character along with Grape-Kun.

10. Huge Uproar Because of the Replacement of the Director

In September of 2017, it was revealed that the director of the Kemono Friends anime wouldn’t be coming back for the second season, which resulted in an uproar because a lot of fans believed that he played an important role in creating the series’s success. The whole situation became bad enough that the corporation behind the decision saw its stock price fall by 3.3 percent.