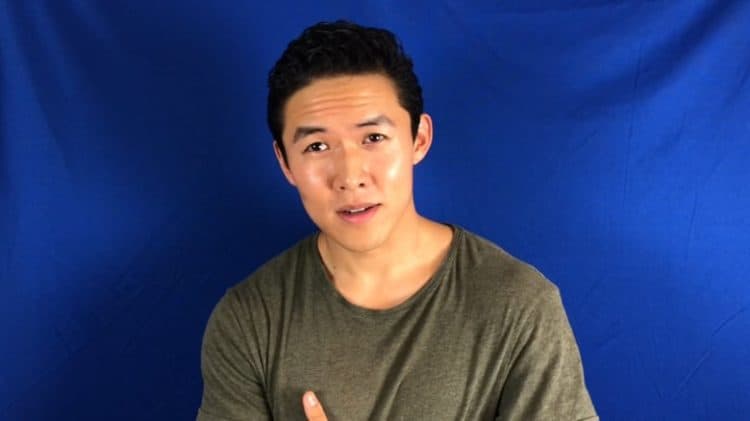 Kenny Leu is an actor in the United States with a Chinese background. Recently, he played a minor role in Midway, which is a movie about Pearl Harbor plus the Battle of Midway that followed it in the Pacific Theater of World War II. Here are 10 things that you may or may not have known about Kenny Leu:

Leu was born in Taipei, which would be the capital of Taiwan. The topic of whether a person from Taiwan can be considered Chinese or not is a complicated one, not least because Chinese is a rather ambiguous term that can have more than one meaning. However, since Leu’s own bio says that his family was a “modest Chinese household,” it seems safe to say that he identifies with at least one of those meanings.

Regardless, Leu was raised in the San Francisco Bay Area, which has been a popular destination for Chinese immigrants for a very long time. In part, this is because the Pacific Coast was much more accessible than the Atlantic Coast for people coming from East Asia. However, it should also be noted that once Chinese immigrants had managed to establish themselves in the region, the resulting communities were a natural place to settle in for new waves of Chinese immigrants so far from their homeland.

3. Has a Mechanical Engineering Degree

Leu went on to study at the University of California, Berkeley. From said institution, he managed to get a mechanical engineering degree. Moreover, Leu actually put said degree to good use by participating in the founding of not one but two successful tech start-ups before he switched over to his current choice of career.

From 2010 to 2012, Leu was on the United States Wushu team. With that said, it is important to note that wushu isn’t a single Chinese martial art. Instead, it is one of the terms that can be used to refer to the full range of Chinese martial arts that have been created over the course of centuries. Unsurprisingly, the sheer number of Chinese martial arts means that there are various classification systems used to make sense of them. One example would be classifying said martial arts based on their geographical regions of origin. Another example would be classifying said martial arts based on whether they are internal or external, which refers to whether they are focused on spiritual aspects or on physical aspects.

5. Specializes in the Chinese Broadsword

One of Leu’s specialties as a martial artist is the Chinese broadsword. For those who are curious, Chinese swords can be sorted into two categories called the jian and the dao. The jian is a double-edged straight sword, while the dao is a single-edged sword that tends to come with a curve of some kind. Translating jian and dao into English can be a bit complicated because these two categories have no exact English equivalents, which is why dao tends to be rendered as either the Chinese saber or the Chinese broadsword. The latter term is particularly common when used for dao with particularly wide blades.

6. Specializes in the Chinese Staff

Speaking of which, Leu also specializes in the Chinese staff called the gun. Perhaps unsurprisingly, said weapon is considered to be one of the four major weapons in Chinese martial arts, with the other three being the spear called the qiang and the two swords called the jian and the dao. Each of these weapons has its own nickname based on its perceived status. For example, the jian is called the Gentleman of Weapons while the dao is called the General of Weapons. However, it is the gun that is called the Grandfather of Weapons, which is a more exalted term than what most people would expect thanks to certain quirks of Chinese culture.

Since Leu was born in Taiwan, it is perhaps unsurprising to learn that he is capable of speaking the Mandarin dialect of Chinese. In short, Mandarin is the single most common Chinese dialect, so much so that it is spoken by 70 percent of Chinese speakers. For most of the last millennium, the Chinese capital has been situated in Mandarin-speaking regions, which has combined with its widespread extent to make it the Chinese lingua franca.

8. Was in Dragonball Z: Light of Hope

It is interesting to note that Leu was in the live-action fan project called Dragonball Z: Light of Hope. In short, Dragonball Z had a storyline in which a character named Trunks returned to the past for the purpose of preventing a future catastrophe. He proved to be very popular, so much so that there was a special that covered what happened when he returned to his own post-apocalyptic timeline with the intent of confronting those who had reduced it to said condition. Dragonball Z: Light of Hope is essentially a live-action adaptation of said special created by the fans and no one but the fans. In it, Leu played the role of Future Gohan, who was Future Trunks’s mentor before he was killed.

9. Was in A Shot Through the Wall

Later, Leu was in an indie project called A Shot Through the Wall, which is “inspired” by the shooting of Akai Gurley that happened in November of 2014. What happened was that a pair of police officers were in the unlit stairwell of a housing project in New York City when Officer Peter Liang’s drawn gun discharged, thus resulting in the death of Akai Gurley who was entering the stairwell along with his girlfriend fourteen steps below Liang and his partner. The incident riled up a lot of Chinese-Americans who felt that Leu’s subsequent conviction was using him as a convenient scapegoat to appease African-Americans, who were very understandably upset by not just Akai Gurley’s death but also the deaths of other African-American individuals at the hands of the police.

10. Plays a Chinese Partisan in Midway

In Midway, Leu plays a Chinese partisan. Generally speaking, the Chinese involvement in World War II doesn’t get much mention in English-language media about the conflict. However, the Chinese part of the conflict actually started up well before Pearl Harbor. There are those who would argue that it started in 1931 when Japan invaded Manchuria before turning their conquests into a puppet state called Manchuko. However, it is more common for people to argue that it started in 1937 when Japanese soldiers demanded to search a Chinese town for a missing Japanese soldier even after said individual had returned to his unit, thus leading to a spiral of intensifying conflict. The Japanese were able to seize most of the Chinese cities, but they lacked the numbers to establish total control over the vast Chinese countryside, meaning that Chinese partisans spurred on by Japanese atrocities were very, very common.