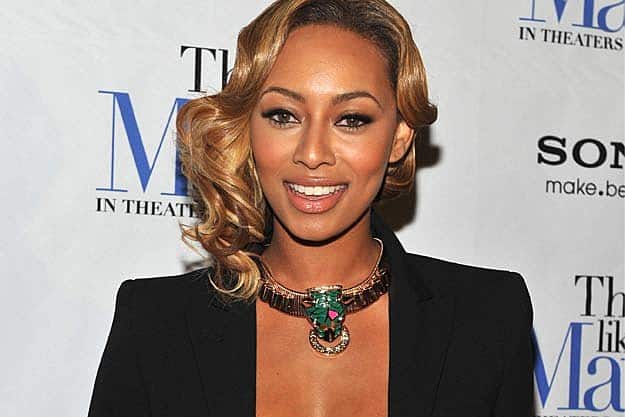 Keri Hilson has decided to open up about her seven-year battle with depression. The singer has decided that now is the time to let people know just what she’s been going through and share with them the hard struggle she’s been through in getting her life back on track. Throughout her life she’s gone through more than enough to make many people believe that her hiatus from her music was more than necessary, it was something that she was wise to do lest she lose the love for the music altogether. Since opening up however she’s been very candid with people and has decided to lay out just what has been happening and why she was gone for so long.

Depression can strike anyone at just about any time. Some people are more prone to it either genetically or because they’ve been around it for so long, but no one is immune to depression in any form. It has a lot to do with the kind of lifestyle a person lives, their genetics, their upbringing, and how much stress they might be under. It’s easy to think that a pop singer might be under a great deal of stress at any given time and Hilson is no exception. There were moments when she admitted that she was openly crying onstage. She obviously wasn’t feeling like herself during this hard period in her life, and at one point she had to step away from the music as it wasn’t helping and life was no longer about the music. That perhaps is one of the saddest things to hear since musicians tend to live for their music and enjoy spreading it around to those who will listen.

When you lose the love for what you do there’s not a lot that can bring it back since the love has to come from the bond that the person and the music share. Odd as that might sound it’s a universal truth that exists between anything created and the creator. If there’s no more love to be found there it might still exist, but the disconnect that depression causes can make it very difficult to find those feelings again. At some point, with depression, life becomes more about survival than anything, which it did for Hilson, who would only take on concerts and projects that she felt were fulfilling and could help her to keep that special feeling that music gave to her.

Throughout years of therapy and the continuous struggle against her depression she has made a good deal of progress until now she’s almost all the way in the clear, but not yet. Depression is one of those things that tends to not let go, if ever, and will continually haunt a person when their guard is lowered or they are at a particularly sensitive point in their life. It is a continual struggle that can’t be fought by anyone but the person going through it, which makes life all that much harder. Thankfully though she seems to be doing a lot better than she was years before.