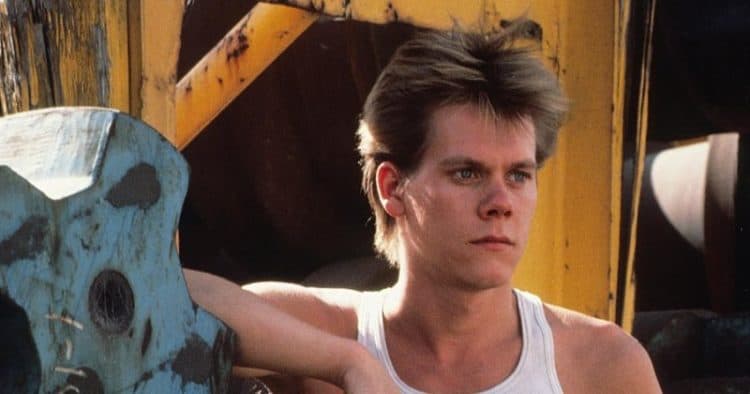 Social isolation isn’t easy for everyone but there are plenty of celebrities trying hard to encourage people to follow the mandates that have been handed down by various government officials in order to insure that the coronavirus doesn’t spread any further. Kevin Bacon’s six degrees of social media idea, presented by Jeremy Dick of MovieWeb among many others, includes writing down just who a person is staying home for, to protect in other words, and pass it to six friends as a challenge to see just how many people can get in on this act. Obviously based off of the idea that came along the 6 Degrees of Kevin Bacon that many movie fans have used to connect various actors using Bacon’s appearances, this idea is something that’s likely to attract some individuals simply because it is endorsed by the actor. Considering how long Bacon has been in show business and how many different projects he’s taken on over the years it’s easy to see how anyone could think that this would be a fun and encouraging idea to try and convince people to stay home during this trying time. Whether it will work or not is hard to say since a lot of people are still going out for spring break and are disregarding the seriousness of the virus. But there’s a hope at least that some folks will start to pay attention and that the message will get across.

People are meant to be social, it’s part of our DNA and it’s a natural desire to be around other individuals, which makes it more than a little difficult during a pandemic when people are being advised to stay away from each other and only venture out when it’s absolutely necessary. Of course a lot of people define ‘absolutely necessary’ in a different manner since to some folks not being able to go out when they want is a life-threatening proposition to their social life. Julia Jacobo of ABC News has more to say on this matter. The trick however is that the more people tend to go out during this time, the higher the risk becomes that even those that aren’t sick could pick up the virus and spread it along to others given that it has shown to spread in a very rapid manner. Those that continue to go out, apparently without any regard for anyone else’s health, are typically those that aren’t taking the virus seriously and don’t think that the mortality rate is that high. In truth, when compared to other viruses, it’s not. But the downfall of this type of thinking is that it can make people careless and not apt to think about what can happen if they are carriers for the virus, despite have no symptoms, and end up infecting someone else. As the numbers have shown, the coronavirus has infected a massive section of the country’s population and has even allowed quarantine and lock down procedures to be put into place in some areas. Still there are those that will gladly laugh in the face of the reality that they may very well be infecting others without a care in the world.

The ability of this virus to spread in exponential numbers is amazing, morbid as that might sound, and the fact that people aren’t practicing social distancing in a way that might help does appear a bit selfish. It’s hard to condemn anyone during this time since people tend to feel the need to live as they want, though in this case those that aren’t practicing any type of safety around others are being a bit selfish as well a irresponsible given all the warnings and advice that’s been doled out lately. Living in fear of the virus isn’t what’s required, as life has to go on by all means, but listening to what people say is more than a little important since from celebrities to doctors to next door neighbors and family, anyone cautioning against spreading the disease any further is speaking in a sensible and concerned manner that it would be great to see followed by more and more people, at least until COVID-19 is less of a worry. Unfortunately the way things are going at the moment, it’s likely that another state or two might go the way of California, which has been put on lock down at this time. If people aren’t willing be careful, other states might eventually find themselves with closed borders and only the essentials still running for a while to come.

It’s great to see Kevin Bacon and other celebrities trying to pitch in to use their celebrity status to get people to listen, but at this point it’s a wonder as to how effective such a thing is going to be, though it’s a hope that will get some folks to pay attention and start helping out.