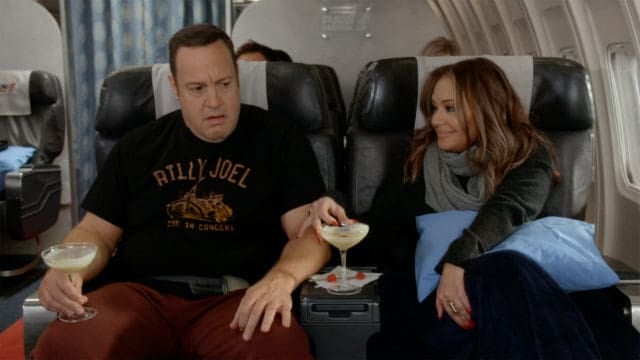 The reunion of Kevin James and Leah Remini was short-lived. CBS decided to give the axe to the sophomore comedy Kevin Can Wait. The news was announced yesterday along with cancellation news for Scorpion and Superior Donuts.

When Kevin Can Wait premiered in the fall of 2016, it was a huge ratings success. The comedy was the highest rated and most watched comedy of the 2016-2017 television season. This show should have followed the old rule: If it’s not broke, don’t fix it. However, when Leah Remini guest-starred late into season one, the decision was made to kill off Erinn Hayes’ character. This made room for Remini to become a series regular. The network liked the idea of a King of Queens type reunion. However, fans did not feel the same way.

The ratings continued to decline for Kevin Can Wait, though it still ranks as the highest rated comedy on Monday night. It would average 7.7 million viewers and a 1.6 rating in the coveted 18-49 demographic during season 2. Despite this, the show still was cancelled while the second most popular show on the night, Man with a Plan was granted a third season. This was most likely because Man with a Plan is owned by CBS, while Kevin Can Wait is a co-production with Sony TV.

This week has been full of renewals and cancellations for the networks. CBS has awarded renewals to The Big Bang Theory, Young Sheldon, SEAL TEAM, Mom, NCIS, Madame Secretary and several others. Series receiving the same fate of Kevin Can Wait include Living Biblically, 9JKL, and Wisdom of the Crowd.

CBS will unveil its fall schedule at the Upfronts presentations this week.

Are you upset about the cancellation of Kevin Can Wait? Let us know in the comments section below.