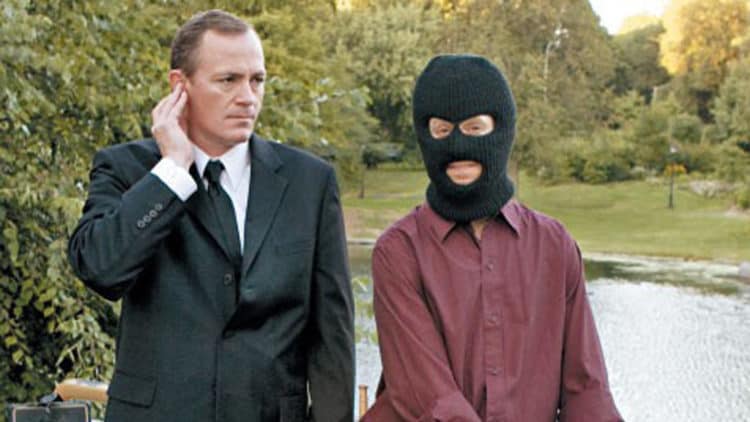 Making people laugh may seem easy on the surface, but in reality it’s not an easy thing to do consistency. Kevin Dorff, however, has spent more than two decades perfecting his craft, and he has gotten a lot of laughs along the way. Known for his work as an actor, writer, and comedian Kevin is a serious triple threat. He can bring multiple things to ever project he works on he has been a part of several successful movies and TV shows. Most notably, he was a writer for Late Night with Conan O’Brien and The Tonight Show with Conan O’Brien. This year, however, acting seems to be his main focus. Here are 10 things you didn’t know about Kevin Dorff.

The Chicago area has been the birth place to a long list of successful people in the entertainment industry, and Kevin Dorff is one of them. He was born and raised in the city and also got his start there. Unfortunately, we weren’t able to find any information on where he lives today, but it’s likely in Los Angeles.

2. He Is Not Into Social Media

There are probably countless people who would love to keep up with Kevin on social media, but doing so isn’t an option. At the moment, Kevin doesn’t appear to have any verified social media profiles. He also doesn’t have any fan accounts, but searching his name as a hash tag will pull up some results.

3. He Was In An Episode Of The Mandalorian

Throughout his career Kevin has gotten the chance to be a part of a lot of very cool projects. In 2000, he made an appearance on one of the most popular shows of the year, Disney’s The Mandalorian. Even though it was a very minor role, it was still a great experience for Kevin.

Most people who are familiar with Kevin’s work know him for his writing abilities, but he also knows how to be funny on the fly. He has been doing improv for many years and it’s one of his favorite styles. It’s unclear whether or not he has ever undergone any formal improv training.

5. He Was In An Episode Of The Office

The Office is easily one of the most memorable shows of its generation. Even now, nearly a decade after its final episode, people are still drawn to the series. Kevin Dorff will forever be able to say he was a part of it. He appeared in an episode of the show that aired in 2007 as a character named Aaron Grandy.

Most creative people would agree that it’s always a good feeling when their work is recognized and respected. In the entertainment industry, that usually comes in the form of awards. Kevin has been nominated for 10 Emmy Awards, winning one in 2007 for Outstanding Writing For A Variety, Music Or Comedy Program for his work on Late Night with Conan O’Brien. There’s a good chance there will be even more awards in his future.

7. He Is A Stand Up Comedian

Kevin is the kind of guy who can do a little bit of everything when it comes to to the comedy space. In addition to improv and writing funny material for others, Kevin has also tried his hand at stand up comedy although it doesn’t look like it’s something he does very often.

Even after being in the entertainment industry for more than 30 years, Kevin has never gotten caught up in the idea of being a celebrity. In fact, by the look of things, Kevin doesn’t seem to like being in the spotlight at all – unless its work related of course. He is very private and has done a great job of keeping his personal life away from the public.

9. He Is A Consultant

When you’ve been in the business for as long as Kevin has and have has as much success, there are lots of people who value your opinion. In 2016, Kevin worked as a consultant on 8 episodes of Hidden America with Jonah Ray. His insight and experience proved to be a valuable asset.

Screen writing isn’t the only time Kevin likes to express his creativity through writing. According to Film Gator, Kevin is also an essayist although the source didn’t provide any information on where Kevin’s work has been published. Kevin’s ability to work across a variety of mediums has allowed him to be an important contributor on dozens of projects over the years.