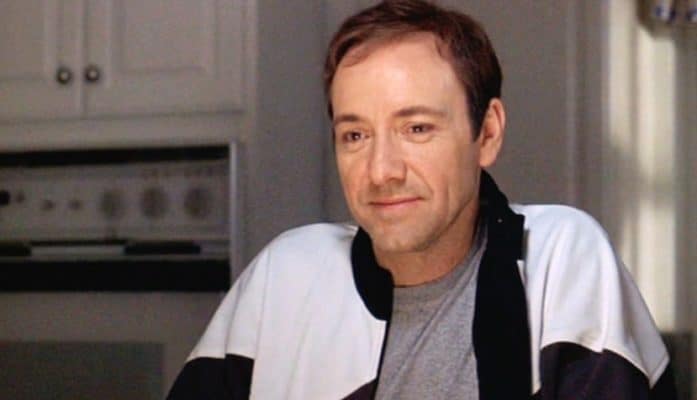 It might seem a bit feckless to turn on a celebrity when they prove to be unreliable and can’t justify the charges against them, but it’s becoming the norm rather than the exception as of late. Kevin Spacey seems to have given a lot of people reason to doubt his veracity as a human being if not an actor, but with the charges that have been brought up against him it’s difficult not to think of his roles in a different light now, especially a handful of them in which he had to deal with underage young men. Some of these youngsters might have been of legal age outside of their roles, but not all of them were.

It’s easy to assume that he didn’t act inappropriately around every person he was ever in a film with, but once again, after the allegations against him the mind can’t help but go towards a darker and more foreboding place that mirrors the world we normally live, which seems to be built upon reason and logic that is best not defied. However the average person will turn to that doubt-filled place and wonder just what was really going on when Spacey was acting with those other individuals that, according to the allegations, appear to be to his liking. It’s not an easy thing to do really since he’s proven to be such a great actor over the years, but doubt is a hard thing to shake.

While nothing negative ever came from the movies listed below, many people would still gladly wonder at what he was thinking during certain scenes. It’s kind of depressing really, but that’s the will of the mob, they go there when doubt is introduced at any point.

You wouldn’t think there’s much to see here since the idea that the main character’s name is Baby doesn’t seem to raise a lot of eyebrows. But he’s a young man that Spacey’s character is heavily invested in for business purposes, so there’s really more to it than a lot of folks wanted to see. Of course it doesn’t mean much, the kid is indebted to Spacey’s character and that’s where the arrangement seems to begin and end. But again, this is an article about how people are going to see a lot different in these roles now that Spacey has basically been ostracized from Hollywood. It’s times like these that make people go over everything with a fine-tooth comb.

Even those movies that should be left alone simply because they were touching in a very deep and meaningful way aren’t safe. It involves a young boy and so Spacey is going to be looked at askance again since Haley Joel Osment was one of the most sought after young actors in his day. So of course, why wouldn’t Spacey be looked at for this? Such a thing is hard to stand largely because this movie carried such a great message of how society would be so much better if people would treat each other with some respect and a whole lot more dignity rather than seeking to tear each other down.

He was kind of an oddball in this movie as it was so of course it would probably hit on a lot of peoples’ radar at this point. It’s doubtful that anything went down behind the scenes on this movie or any other on this list but again, people are going to look for just about anything they can find, and the erratic behavior of his character in this film would no doubt qualify when it comes to looking at someone in a strange way. The movie itself was kind of disturbing but is still highly popular to this day.

This is another upbeat story that would likely be heavily scrutinized since his character is all up in the business of another young man. It’s a little difficult to write about this even when being able to admit that Spacey did muck up his own career in a most undesirable fashion. But films like this that were meant to stay as a positive source of entertainment and not be perverted in any way by suspicion or doubt kind of suffer when public opinion is used to dissect them in any manner.

This would probably be the only movie that anyone might expect people to really take a long hard look at since Spacey and Wes Bentley shared a few scenes in which Spacey was thought to be fooling around with the much younger man. Nothing came of it off screen obviously but the idea that it was onscreen would make a lot of people look at the movie askance just for the heck of it.

It’s kind of sad to see this happen no matter that Spacey made his bed, so to speak, and now has to lie in it.