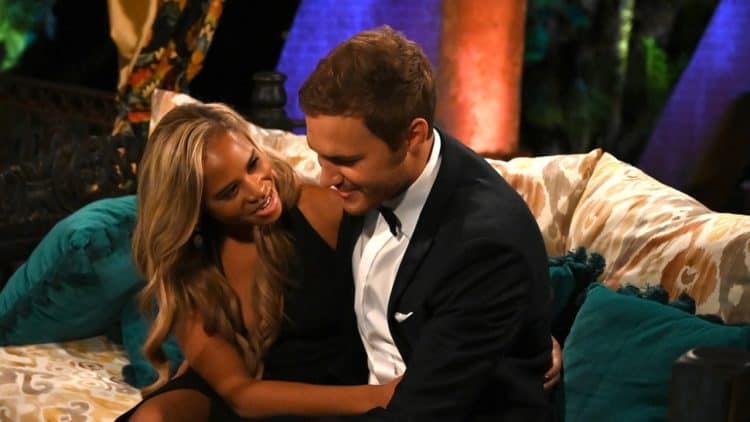 “The Bachelor” season 24 premiered on 6th January 2020 showing 30 women are ready to become Mrs. Peter Weber. Among them is Kiarra Norman, who hails from Kennesaw, Georgia. The vibrant lady would sleep all her life if only she did not have bills to pay, but from her work experience, she is very hardworking. Besides the fact that she loves shopping and wants females to be more supportive of each other, let’s delve into more details of her life.

Some will forever say “Titanic” is the best film since they were moved by the selflessness of Leonardo DiCaprio to save the love of his life. Others like characters who show they can take on the world at any time. Kiarra falls in the latter category hence is inspired by Olivia Pope in “Scandal.” Kiarra cites Olivia as being an independent woman who always keeps her head in the game. The character also attracts her since Olivia portrays that even strong women need to hold it together, even if it is with the help of an occasional glass of wine.

Before you even think of approaching Kiarra to ask her to be your girlfriend, make sure that you do not grind your teeth since that will be a complete turn-off. Instead, you must be ready and willing to help her find her car keys since she is sure to misplace them once a week. Also, you must strike a balance between being serious and funny since the lady likes someone who can make her laugh but still get down to business when necessary.

When William Shakespeare said that fear in the extreme would neither fly nor fight, he must have foreseen the phobias that Kiarra has. The reality star confessed that being trapped at the top of a roller coaster is one of her biggest fears and is also afraid of alligators. With these two phobias, you have to wonder how she manages to take care of children who are adventurous and fun-loving since a roller coaster ride or a visit to the animal park might be what they want to do.

Some people will talk your ears off, and you can barely keep up with them so sometimes you feign interest. Kiarra is one person who will never get tired of talking and even if there is no one around, she admitted she still cannot keep quiet. She will speak to a brick wall about anything, which she thinks is her most exceptional skill, according to Fandom. It is, therefore, no surprise that despite admitting to being shy, she always managed to make friends easily.

5. She was once insecure about her physical features

They say confidence is walking into a room and not wondering if those you find will like you. Unfortunately, Kiarra took sometime before accepting her physical attributes as her greatest possession. When she was much younger, she hated her long legs, curly hair and big lips. It took such a toll on her that even her mother asked her why she hated what she had naturally been gifted with yet other people would pay lots of money for such assets. Now, with renewed confidence Kiarra appreciates her big lips, curly hair and long legs as her best features.

6. A single mother raised her

Gone are the days when the traditional family comprised of father, mother and children. Nowadays, two women or two men are raising children. With divorce cases being on the rise, single parenting has also become prevalent, and Kiarra’s mother found herself raising her two children alone. Kiarra loves her mother whom she credits for doing everything possible to make Kiarra’s life comfortable, even when she could not understand it was for the best. On Mother’s Day in 2015, she expressed gratitude to her mother for turning her into the person she is today.

7. She can be indecisive

Kiarra pursued a Public Relations degree at Kennesaw State University minoring in Spanish and graduated in December 2019 after taking five years to complete her studies. Usually, it takes four years to graduate, and Kiarra would not do so along with her friends; hence it was discouraging for her. However, it was her indecisiveness that led to the delay in graduation since she said she had changed her major more than three times. Nevertheless, she has come to learn that everyone has their own timeline; there is no right time to do anything since we figure out what we want in our lives at different times.

8. She hopes to be a social media influencer

People are making a killing in social media; Kylie Jenner makes $1.2 million for a single Instagram post, and Kiarra aspires to be in the same league. She told VoyageATL that she has always loved social media; therefore, she combines it with her other hobbies that include traveling. Kiarra also hopes to be a fashion influencer and has already laid the foundation for becoming a fashion influencer through her work at apparels marts in Atlanta and Las Vegas. Through her connections, she can link suppliers with styles that match their customers’ tastes.

At only 23 years old, Kiarra has an impressive work background. Currently she is not only a nanny, but she also has been a sales trained model at Atlanta First Agency since August 2017. Her nanny experience dates back to May 2016, and till now, she has worked for three families. Additionally, Kiarra has been a marketing intern at Simon Property Group and was previously an assistant at McKinley Law Group LLC, according to her LinkedIn profile. Her other former positions include sale associate cashier, temp representative and teacher assistant.

10. Her past relationships affected her trust

Trust is earned, and for anyone hoping to worm his way into Kiarra’s heart, he must convince her that he is not like her past boyfriends. The aspiring social media influencer confessed that her two previous relationships wounded her trust and now finds opening up her heart to anyone challenging. Still, it cannot be beyond repair, considering that she ended up on “The Bachelor” to look for love in a stranger.