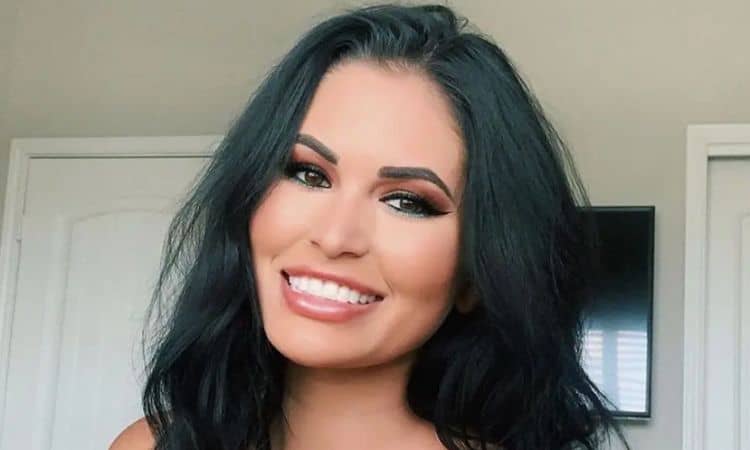 True love can be hard to find, but thanks to modern technology there are now more ways to find your future bae than ever before. One of those ways being competition dating shows. Thanks to shows like Love Island USA, young hopefuls can now be shipped off to a deserted island to compete for a cash prize and a chance at love. Among the singles hoping to find both of those things is Kierstan Saulter. The Love Island USA cast member  didn’t come to mess around and she’s already turning lots of heads. We’ll all have to wait and see how things go for Kierstan, but for now lots of viewers are hopeful she’ll make it to the end. Continue reading for 10 things you didn’t know about Kierstan Saulter.

Kierstan is only 23-years-old and she’s enjoying every minute of her youth. By the look of her LinkedIn profile, she hasn’t yet settled on the exactly career path she wants to follow. She currently works as a bartender at a local bar and she is also a part time influencer for a company called Ignite.

2. She Was A Cheerleader

Many people would probably agree that Kierstan fits the mold of of the stereotypical cheerleader. However, in her case it’s not just a stereotype. Kierstan was involved with cheerleading for many years and spent about a year working as an instructor for Texas Cheer and Tumbling.

3. She Loves To Volunteer

Some viewers may be getting the impression that Kierstan only cares about herself, but that’s simply not the case. Kiersten loves giving back to the community and volunteering has been a big part of her life. Her LinkedIn profile says that she volunteered with an organization called Autism Speaks from 2015 to 2016.

I know what you’re thinking ‘everybody is a model these days’. But Kierstan isn’t just the type of model whose only experience includes Instagram. She has actually done some serious work in the industry and is signed to the Neil Jou Agency. She has even participated in New York Fashion Week.

Several years ago, Kierstan started a blog which seems to have been part of a school assignment. The titled it “Keeping Up with Kier“. Although she hasn’t posted any new content since making her original post, the site is still up and running and provides some insight into who she is.

Kierstan’s LinkedIn doesn’t have any colleges or universities listed, but according to her blog she went to Texas State University. While there, she changed her major several times before finally settling on communications. However, it’s unclear whether or not she graduated.

7. She Was In A Sorority

Kierstan is a very social person and so it’s no surprise that she would’ve joined a sorority while at Texas State. She was a member of Alpha Xi Delta and hoped to be the organization’s public relations chair during her senior year. Unfortunately, we don’t have any information on if she was able to accomplish that goal.

It’s clear that Kierstan is definitely trying to become a social media star, and one of the best ways to do that is to grow an audience across multiple platforms. In addition to Instagram, where she already has over 10,000 followers, she has also made a YouTube channel. She only has 534 subscribers at the moment, but that number will likely increase as more people start seeing her on Love Island. Despite her low number of subscribers, her channel has over 26,000 views.

9. She’s Had Some Cosmetic Procedures

Cosmetic procedures are becoming more and more common, but many people are still ashamed to admit that they’ve had work done. Kierstan isn’t one of those people, though. She has undergone some cosmetic procedures and she isn’t afraid to tell the world. She’s had a boob job and she also has veneers. There may even be some additional things she decides to do down the line.

10. She’s Serious About Her Skincare

As someone who spends a lot of time in front of the camera, Kierstan understands the importance of taking care of your skin. Nobody wants to be in a picture or on TV looking tired and dry. Luckily for Kierstan, that isn’t something she has to worry about thanks to her impeccable skincare routine. On top of the day to date stuff, Kierstan also goes to a med spa called Skin Spirit where she enjoys all sorts of treatments to keep her skin looking smooth and healthy.